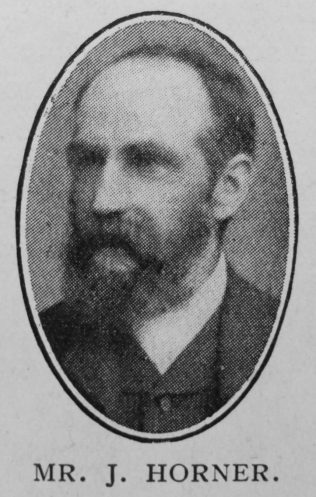 Mr. John Horner, member of St. John’s Road, Scarborough I., for forty years, was born at Pickering, Yorks, in 1843, and came to reside at Scarborough about 1870. In his early days he was wild and reckless, but through the zeal of Mr. John Shields was brought to the Saviour. At once he became identified with St. John’s Road, and set himself to remedy his defective education.

He became a most acceptable local preacher, and was also for many years a successful class leader. His faithfulness, devotion and zeal for God’s cause made him beloved by all who knew him. Recently he has been in failing health and obliged to relinquish some of his work as a consequence, but whenever he spoke, his rich experience, his unbounded trust, and his clear spiritual insight never failed to impress his hearers.

On April 8th the Master called him home. There was a large gathering of relatives and friends on April 10th to pay their last respects to him at the funeral, conducted by Rev. Geo. Hind.

He married Mary Foster (1847-1905) in the spring of 1867 in the Pickering Registration District, Yorkshire. Census returns and birth records  identify four children.