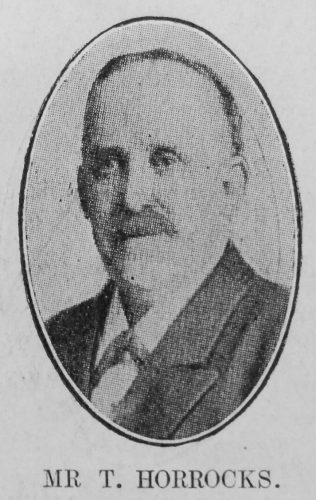 Transcription of Obituary published in the Primitive Methodist Magazine by J.D.T.

This, for many years, well-known evangelist and temperance missioner was a typical Lancashire man. Born at Bolton in 1834, his early life was passed in hard conditions, but these only served to show the grit of his character. Curiously enough, considering the part drink played in his life for years afterwards, up to the time of his first marriage at the age of twenty he had never tasted intoxicating liquors. But he made up for that very tragically and very completely, and terrible must have been the sufferings of his poor wife and children, until the turning point came on January 7th, 1874, when once and for all under Divine grace, he broke with his old habits, and began that course of usefulness which made him known all over the country as a force making for sobriety and righteousness.

He was a great favourite with the late Mr. William Palmer, of Reading, who employed him for many years in Gospel temperance mission work in the southern and western counties. But he was no stranger to other parts of our land, and wherever he went his keen wit, racy humour, dramatic style, inimitable drollery, knowledge of human nature, and spirit of dogged determination, made him exceedingly popular. He saw hundreds converted, and took in all over 60,000 pledges. He was a most useful local preacher in our Blackpool Circuit, during the later and less busy years of his life—and was always listened to gladly.

His last illness was but brief—and his final days of life were marked by patience, and by devout thankfulness for what he had been enabled to do to make up for the earlier half of his career. He had unfailing trust in God and met death with a quiet resignation. He died in October, 1908, at the age of seventy-four. His second wife, who survives him, was Miss Roberts, of Clitheroe.

Our brother the haven hath gained,
Out-flying the tempest and wind,
His rest he hath sooner obtained,
And left his companions behind,
Still tossed on a sea of distress,
Hard toiling to make the blest shore,
Where all is assurance and peace
And sorrow and sin are no more.

Thomas was born in 1834 at Bolton, Lancashire. I have not been able to identify his parents in online records.