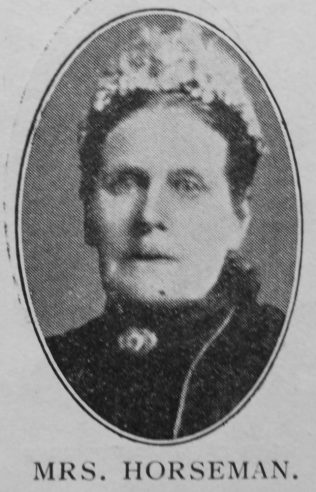 Our Eastville Church, Bristol, has suffered a great loss through the death of our beloved sister, who for the last 26 years has been a consistent and devoted member and worker. She was most regular in her attendance at the Sabbath and week-night services, never spake evil of any one, did much good by visitation, and in quiet ways successfully laboured for the financial and spiritual welfare of the cause. She passed away in her sleep in the early hours of August 24th, 1909. This was according to her often expressed wish. Her husband and family and also the Church mourn her departure. She is “with Christ which is far better.”

Ruth was born in late 1839 at Stapleton, Gloucestershire, to parents William, a labourer (1841), and Elivier.

Ruth supplemented the family income by working as a laundress.