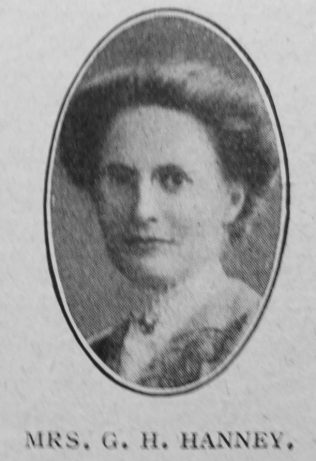 “A GOOD Primitive, and a better Christian,” was the kindly judgment passed on a certain individual in the hearing of the present writer. On the subject of this brief sketch we can truthfully say, “A good missionary, but a better, Christian.” She was, we believe, cradled in Primitive Methodism. Certainly she was nurtured in it; and just as certainly has she thrived on it. Doubtless there are many who, meeting her casually, have been more than attracted by her quiet personality. To those who are privileged to know her more intimately, and can claim her friendship, that friendship is a benediction. She does not wear her heart on her sleeve, but kindness is radiated in every action and diffused in all her speech.

As the wife of a missionary whose name is held in high esteem throughout the whole Church, she occupies that position with distinction. It is not that she serves merely in a domestic capacity, though here she can do more than most. Her home is in the best sense a “homely” place, and visitors find a gracious and hospitable kindness. We have known her make, with consummate tact and goodwill, provision for fifteen Europeans over a period of several days, manifesting a genius for domestic organisation, seen in her minute attention to smallest details. In a tropical country, where under the most normal conditions there are difficulties, to accommodate so many and to do it so well is a real achievement.

Besides attending to the affairs of home she makes time for innumerable other duties. Quick to see an opportunity to serve, she is quicker to seize it if perchance she may help forward any good work. A period of training in practical nursing has fitted her for a phase of service here which provides an outlet for her large sympathies. To relieve a busy husband, she controls the work in the mission dispensary, and patients who are able come to her for medicine, to be quietly rebuked for their dirt, and given ointment or dressing for their sores. And when patients are too ill to come in person she must make effort to visit them, and it is no uncommon thing to learn that “Ma” Hanney has been seen on her “iron horse” (cycle) carrying help and cheer to some sick person.

She would be the first to disclaim it if we said she was a preacher. But on a wide circuit, counting many churches on the plan, she will travel out on a Sunday several miles to tell the story of the Cross. She herself says she just “talks” to her congregation. Under either designation she serves in this channel with gladness and devotion.

By nature of a retiring disposition, she asks nothing higher than to work in obscurity, utterly regardless of the things some seek after. It is eloquent of her disposition that she has never spoken at a Conference or a May meeting. Of her ability to do so we have no doubt.

Among her colleagues, one and all hold her in warmest affection, an affection of which she has had the joy of at least one practical expression. From north to south, every member of our Nigerian staff has appreciated at different times some token of her kindness. Younger women on the field owe much to her larger experience and wisdom, and she possesses the rare gift of passing on her wider knowledge without seeming to do so.

Among the native women over a large part of the circuit, there are those—an increasing number, who welcome her presence in their homes and in their Churches, and are glad of her counsel. They are assured of a brighter future so long as the fashioning of that future lies with such as “Ma” Hanney.

We are far from subscribing to the opinion of the Calabar chiefs, who said of Mary Slessor and others that “them women be best man for mission,” but we are equally sure that Mrs. Hanney belongs to that class of lady workers on the mission field which makes a remark like this possible.

Honest sentiment is not foreign to her. She is capable of strong feeling and deep emotion, but in all things eminently practical, these are governed by a consecrated commonsense. In all her dealings with the natives she makes few mistakes. Experience has taught us to expect that she will do the right thing on every occasion. We have but rarely known her to do wrong.

Let not the term, “Ma” mislead any into supposing that Mrs. Hanney is passing into riper years. In actual years she is as yet in the morning of life, and in heart and outlook even younger than that. If the measure of her love be the gauge by which we can estimate the length of her service here, then we are happy in the hope of having her presence for many years. The best tribute of native and European alike is that all wish it so. Already serving a fifth term, we are persuaded that she will do better work in the days which are ahead, and when the history of Primitive Methodism in Nigeria comes to be written in future years, as it will be written, we know that in the front, with others who to-day are shaping that history, there will stand the name and character of this happy, faithful  servant.

Mary was born in the summer of 1879 at St Martins, nr Oswestry, Shropshire, to parents John, a miner, and Margaret

Mary died on 21 August 1927in Nigeria. Pictures of her resting place can be viewed here.