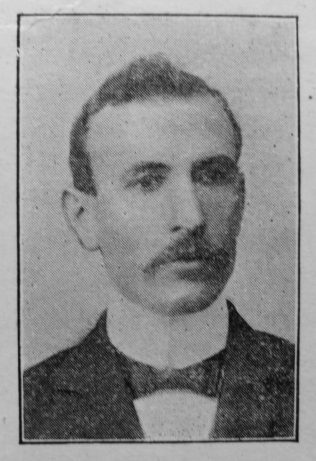 Transcription of Obituary in the Primitive Methodist Magazine by W.T. Cole

The Quinton Circuit has suffered the loss of a devoted official and earnest worker, in the death of Mr. Moses Harris. He was connected with the Church of College Road, for about eleven years, and during that time distinguished himself by his zealous Christian service, and fervent piety, by which he made for himself a large circle of friends.

He was born at Gorsty Hill, near Dudley, of poor but pious parents, on January 22nd, 1869, and from tender years was connected with our Sunday School in that village. When he was seventeen years of age his parents removed to the adjoining village of Cocksheds, and then he, with the other members of the family, attended our church there. He is reported to have been of a serious turn of mind, and well-behaved in his youth, dutiful to his parents and regardful of home. Still he had not yet made confession of Christ; this however he did in 1886, when he and many other young men became members of the Church, during a revival at Cocksheds.

This was the great event of his life, and gave tone to all his succeeding years; henceforth his religion was “the one thing” to him, and devotion to Jesus his ruling passion. He soon gave evidence of the work of grace by a beautiful consecration, touching in its simplicity. He cultivated his piety by private communion with his Master, by diligent attendance at the services of the Sanctuary, and by earnest Christian devotion, for when he gave himself to Christ he also gave himself to His Church, and served it with a constant fidelity.

After his conversion he at once became a worker in the Sunday School, first as a teacher, then as secretary, and after a few years, as superintendent. He was always in his place, and very regular in his attendances. In the management of his class and afterwards of the school, he was firm yet tender. He took a personal interest in his scholars, and never failed to gain their appreciation and affection. He also delighted in open-air work, and often gave public exhortations in the streets, but he was most at home in the devotional meetings of the Church.

He loved the class and prayer meetings, and his exercises were highly appreciated by the brethren and sisters who had fellowship with him in these means of grace, and this is testified by the fact that a few years after his conversion, while still a young man, he was appointed Assistant Class Leader, in which capacity he worked with energy and success.

At the time of his marriage he removed to Quinton, joined our College Road Church there, and commenced to serve as he had previously done at Cocksheds. He entered the Sunday School, and became a teacher, he exercised his gifts in the devotional meetings, and helped the Church and Circuit to the best of his ability and means. When the new church was erected at Harborne he became a trustee and took a deep interest in its fortunes. Thus he continued until the day of his death, serving his generation according to the will of God. The end came with startling suddenness; while following his employment an accident occurred, by which he was badly burnt. Hope was entertained for a day or two, but on the third day he succumbed to the shock, and thus he passed to the Father’s House on high on May 16th, 1905, leaving a widow and a son together with many friends to mourn his loss. The funeral took place on the following Saturday, May 20th, and was attended by representatives of the churches of the district, of the works where he was employed, and of his Friendly Society, together with many friends. Rev. E. Jones, Minister of the Circuit, assisted by Rev. G. Middleton, Governor of Bourne College, conducted a short service in the College Road Church, thence the long procession wended its way to the cemetery, where Rev. W.T. Cole, of Nantwich, officiated by reading the Committal.

Our brother was taken away in the strength of his manhood, being only in his thirty-seventh year, but he lived long enough to show that the gospel is the power of God unto salvation to him that believeth. He did not possess great gifts, but his character was an asset of the Church. He did not receive, as he did not seek, high honours, but he belonged to that class of humble, sincere, earnest workers, which is the main support of the Church of Christ. He was a loving husband and father, a loyal friend, a devoted servant of Jesus, and a pillar in the Church. When the world beyond dawns, all the shadows cast by bereavement will flee away from us, and we shall renew fellowship with the sainted dead in its eternal light.

Moses was born to parents Joseph, a bricklayer’s labourer (1891), and Hannah.

At the time of his death he was working as a labourer in a chemical works.

He married Annie Powell (b1872) in the summer of 1894 in the Stourbridge Registration District, Worcestershire. Census returns identify one child.