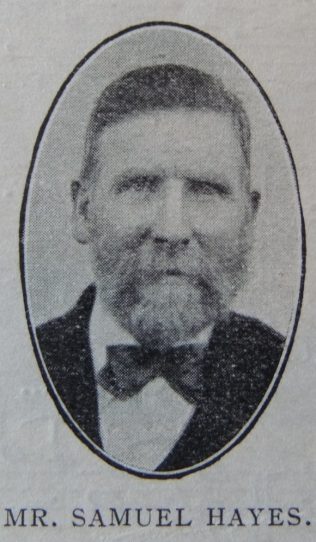 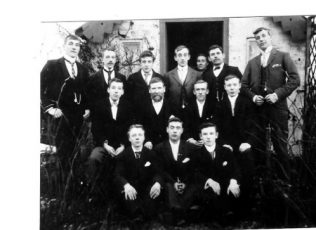 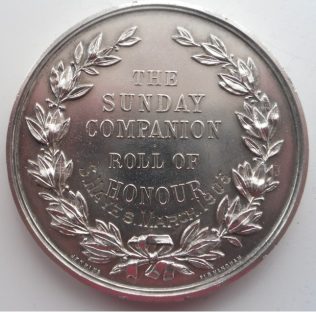 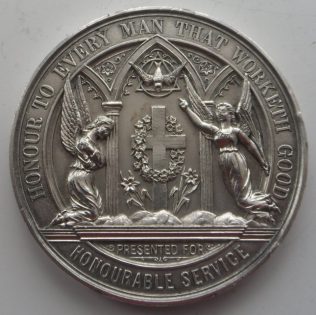 By the translation of Brother Samuel Hayes, the Sutton in Ashfield Reform Street Church has lost one of its most efficient and reliable workers.

As a young man he left his native town to work at Staveley Colliery. Almost immediately he with others commenced a Sunday school in one of the cottages, collecting funds to buy Bibles and hymn books. Among the scholars of this early Sunday school was Rev. T. Scrimshaw. For upwards of forty-seven years he was a teacher in the Reform Street School, walking, during that period a distance of seven thousand miles to attend his class. Although a fairly wide reader he was at his best as a Bible student, and his lessons, in the preparation of which he often sat into the wee sma‘ hours, will not readily be forgotten by his old boys, who in many cases are now carrying on his work in his old school and elsewhere.

He was quick to seize up-to-date methods in teaching, and accordingly out of an all too meagre purse procured blackboard, maps and other helps. Thirty years ago, along with Rev. T.B. Adin he carried on a Teachers’ Training Class in connection with the Sutton and District S.S. Union (Old Bailey) while for many years he trained the scholars for the Scripture Examinations.

As a local preacher he had gifts of no mean order; he was for a considerable period Secretary of the P.M.S.S. Union (Mansfield Circuit) and the President of the Reform Street Band of Hope. Early in 1909 the teachers of Reform Street, realizing that he would not long be with them, showed their appreciation of his services by deciding to present an illuminated address. Before this could be carried out a lingering illness seized him, and when a deputation of teachers waited upon him he was unconscious of their presence and their errand. After lingering for some time he passed to his reward.

Samuel was born abt 1847 at Lenton, Nottinghamshire, to parents John and Mary. John was a framework knitter.

Samuel worked as a coal miner.

Samuel died on 14 May 1909 at Sutton-in-Ashfield, Nottinghamshire.