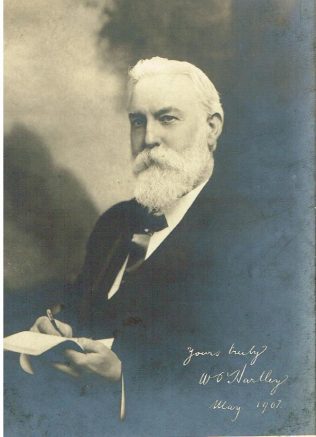 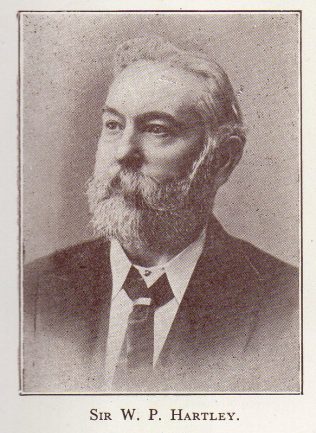 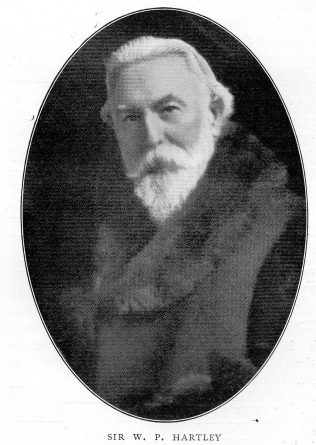 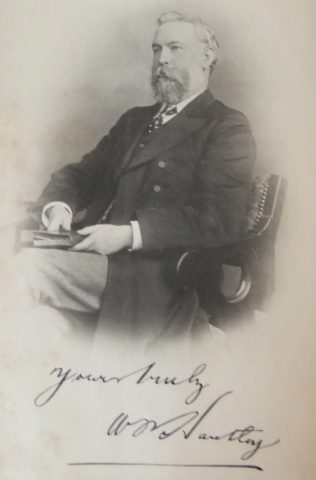 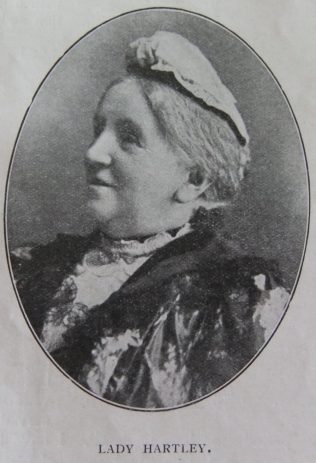 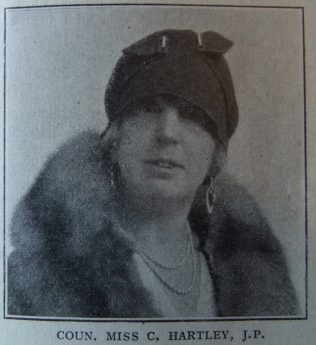 William was born on 23 February 1846 at Colne, Lancashire to parents John Hartley and Margaret Pickles. William was a third generation Primitive Methodist. His uncle, Robert Hartley, was a PM Minister who emigrated to Australia. William was educated at Colne Grammer School. He left school at the age of 14 and started work in his mother’s grocery shop.

William started his own grocery business aged 16, including a dry saltery. He soon set up a wholesale department and was supplying grocers around Colne.

Peake writes; ‘ It was through an accident that Mr. Hartley became a manufacturer of jam. He entered into a contract with a local grocer to make jam for him. The grocer did not fulfil his contract; and the case was submitted to friendly arbitration, which went in Mr. Hartley’s favour. He decided, however, to terminate the arrangement and to manufacture jam on his own account. He felt this to be the more necessary that he was already gaining a reputation for this class of goods and he was determined not to disappoint his customers. He resolved from the first that the quality should be the best he could produce, no matter what the price he would be compelled to charge. People thought this principle was much too optimistic and that he would not hold out long enough for the public to discover the excellence of his wares. But he was resolute in his fidelity to this ideal and adhered to it throughout his business career. The materials he used were of the best, he watched every detail of manufacture and insisted that the whole process should be conducted with the utmost care to secure perfect cleanliness. The people were quick to recognize the excellence of the product; and as it was sold at a reasonable price the business rapidly developed.’

William’s relationship with his workforce was generally good.   As in other cases, so in his relations with his work people, his conduct was controlled by the Golden Rule. Speaking to an interviewer in 1898, he said: “I have always had the happiest relations with my people. If you ask me how it is to be accounted for, I can only say that it has been my aim from the first to do to them as I would wish to be done by.” He introduced one of the early profit sharing schemes to reward employees. Another innovation was the introduction of dining halls for employees, one for men and another for women. He also built a ‘model’ village for employees in Aintree.

William chose at a young age that he would follow a path of music in the church rather than become a local preacher as his father and grandfather before him. He was organist at Colne for 16 years from the age of 12.

He vowed on 1 January 1877 to give a specific proportion of his income to religious and charitable purposes. He became the most significant benefactor to the Primitive Methodist cause, not least in his support and influence on ministerial training through Hartley College. William was equally generous in his support for missionary activities and for many years served as treasurer of the mission fund.

In 1908, William bought Holburn Town Hall, at a cost of £31, 000, with the intention that it became a new centre in the capital for the church. The building was leased to the Connexion at favourable rates. William also funded the building of a new publishing room to replace the premises in Aldersgate Street.

William was Vice President of Conference in 1892 and President in 1909.

William’s philosophy on life is summed up in the following extracts of speeches.

i) When he was Vice-President of the Primitive Methodist Conference in 1892.

“I am not one of those who are much troubled as to creed; but I am much exercised as to whether I am such a disciple of Jesus Christ that my work people, my business friends, my neighbours, and my family can constantly see the spirit and temper of the Master in my actions.

My own opinion is that for thirty-five years (this being the time of my recollection) we have listened to too many doctrinal and theological sermons and too few as to the absolute importance of living Christlike lives; and unless we be actually miniature Christs day by day, breathing His spirit and living His life, it matters not what we believe, for our religion is a sham. Our actual creed is what we put into practice, and no more; and we want to be careful to see that our practice is equal to our creed.”

ii)  When, seventeen years later, he was President of the Conference, he enforced the same position at least in its positive form. He said:

“My last word must be that we Primitive Methodists, followers of Jesus Christ, must carry into our life His spirit and teaching, and that whatever we think Jesus Christ would have done, had He been in our place, whether we are employers or employed, whether we are in business or out of business, that we are compelled to do. This is the secret of all true success; the consecration of ourselves and our substance to Him who loved us and laid down His life for us.”

William’s philanthropy was not restricted to the Primitive Methodist Connexion. He supported a wide range of organisations from hospitals to the YMCA. He was also a keen supporter of the Temperance Movement.