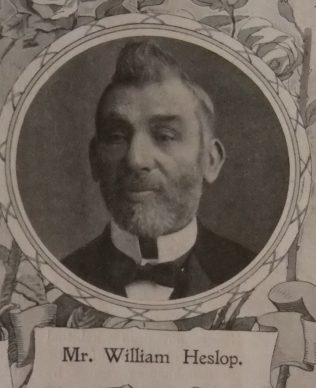 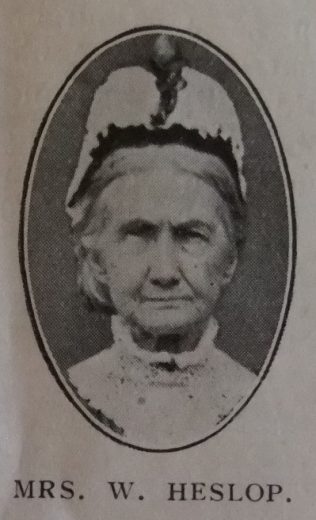 The two things that ecclesiastically distinguish Mr. William Heslop of Darlington, are that he has been for twenty-seven years the Circuit Steward of one of the strongest stations in the north of England, and that it is quite four years since he celebrated his jubilee as choirmaster. A Primitive Methodist to the core he claims to have been a member of our church since he was ten years of age. His father, Christopher Heslop, was a Local preacher in the Darlington Circuit when it stretched for miles beyond the Quaker town, and his children are all in the Primitive Methodist succession. He has carved for himself a niche in our church that is an inspiration to other climbers. He has directed the District Psalmody Association from its beginning and rendered valuable service on the Chapel and Sunday School Hymnal Committees. Last year he applied for permanent membership of the Conference, but though sixty-seven years of age he was too young.

William was born abt 1840 at New Shildon, Co Durham, to parents Christopher and Sarah. Christopher worked as a stone cutter.

William earned his living as a boilermaker. The family moved to Darlington from Shildon between 1871 and 1881.

William served as a permanent member of Conference from 1917 to 1926.

William died in the summer of 1926 at Darlington