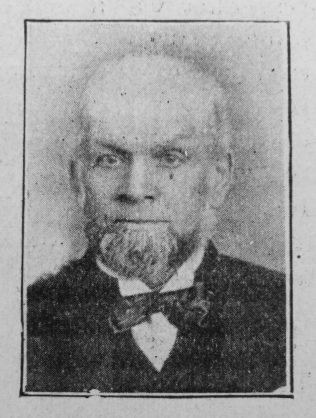 Transcription of Obituary in the Primitive Methodist Magazine by T. Johnson

The Primitive Methodist Society at Backworth have sustained a severe loss, in the removal of our beloved brother, by the hand of death.

William Harrison was born at Wapping, a little village adjoining Benton Square, in March, 1833. In his early days he attended the Primitive Methodist Sabbath School, in the morning, and the Wesleyan Methodist School in the afternoon; his father was a member of the Wesleyan body. Nothwithstanding his early instructions he went astray with the multitude, but not to outward wickedness, a wholesome restraining influence holding him in check, and keeping him in touch with the means of grace. He took for his first wife Miss Williss, the adopted daughter of the late Ralph and Ann Dawson, of Benton Square. Miss Williss was a devoted member of our society at Benton Square,  and at once erected a family altar, in her newly-made home. She ceased not day and night to beseech God, for the salvation of her husband; one night whilst she was praying he gave his heart to God. He at once joined the society and has continued a member of our Church the whole of his life. Their wedded life was of short duration; our brother was left to deeply mourn his loss but he received help from God, – he kept the faith and the faith kept him. With the writer, our lamented friend removed to West Holywell in the year 1861; and together we united with this society. The chapel was in a dilapidated condition and in debt, and the society feeble. Our brother threw himself with great ardour into Christian work and enterprise. By and by he took Miss Ellerington to wife, and she has been to him the great comfort of his life, careful, industrious, religious, a true helpmeet in the Divine life. The condition of the chapel was a great burden, but means wherewith to remodel the interior were soon secured. Soon it was found that the chapel was too small, and efforts were commenced to build a new one. Our brother was one of the many that helped to work the stones, and obtained the gratuitous aid of the farmers, to lead the stones. He was himself a most willing and reliable worker; his aim was to procure accommodation for every soul who desired to hear the word of God. In collecting for the chapel, he excelled all. He was one of the Trustees and held the office of Treasurer and Class leader for the Society for forty-three years; besides being Sunday School Superintendent for many years. His loyalty to Primitive Methodism was intense. Primitive Methodism was the Church of his choice, and he loved her preachers and institutions. He possessed considerable individuality of character, and knew the deeper things of God. He wielded a steady and valuable influence in the Church and the World. In course of years the chapel having shrunk, owing to the coal having been worked underneath, we had to commence and build another structure on the west side of the Blyth and Tyne Railway. Our brother at this time of his life was old and feeble, but though he could not do much manual toil, he could find money by solicitation, where many of us failed; and besides, he gave freely himself. For many years through his physical weakness he was a great care to his dear Wife and family – a care which he gratefully acknowledged and which helped him to reach with the Divine blessing his seventy-second year. His last illness came on September 25th; it was of short duration, but severe; he would sometimes for hours, lie in a dazed unconscious condition, and when having a little respite, he would say, “I think I’ll recover, but my Father’s will be done.” When the writer prayed with him, his responses were so cheerful he seemed ripe and ready for the garner of God. When his eldest son came to see him the father got his arms around him, and said, “If we never meet again on earth, I hope you will meet me in heaven.” Speaking to his dear wife about his youngest son Benjamin, he would say “Benjamin is all right for the kingdom of Heaven.” . . . “I believe though we are lying mouldering in the clods of the valley our prayers will be answered in the salvation of our family, and we shall all meet together, at the marriage supper of the Lamb.” He passed to his eternal rest on October 11th, 1904. He had been a Primitive Methodist for 46 years. The funeral service was held in our new Church, at Backworth, conducted by the Rev. James Young, of Whitley Bay, who gave a memorable address, and Mr. Thomas Bolam, of Howdon. Our brother was interred, in Earsdon Churchyard, an impressive service being conducted by Mr. Young. May the spirit of divine consolation be imparted to his dear wife and family, and a happy reunion be theirs and ours.

A possible baptism for William is 30 June 1834 at St Bartholomew, Long Benton, to parents Benjamin and Mary. These parental names may be reflected in the names of his children.

William married Anne Williss (abt1829) in late 1856 in the Tynemouth Registration District. Anne died before the 1861 census.