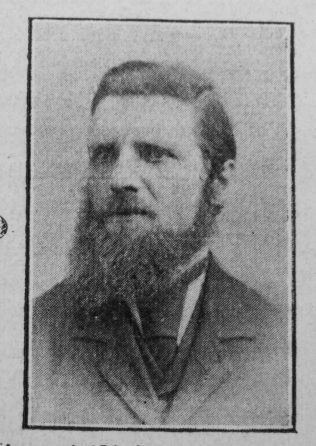 Transcription of Obituary in the Primitive Methodist Magazine by J. Jopling

William Hindmarch was born at Quarrington Hill, Durham, on April 14th, 1846. He was converted at Lumley Thicks in the seventeenth year of his age, when, as we have heard him tell, the world of pleasure was slowly casting its spell around him. His abilities were soon discovered, and he was soon made a local preacher, preaching his first sermon at Chester South Moor, which was then in the Hetton Circuit, but subsequently when Chester-le-Street was made into an independent station, was transferred to it. To this mining village Brother Hindmarch afterwards removed in 1869 or 1870. Here perhaps his best days were spent and his most useful work done for the cause of God. He loved his church with all his heart, and its well being was seldom absent from his thoughts. When one remembers the devotion of such men to Primitive Methodism, we can hardly wonder at the influence it has wielded over the Colliery communities of Durham.

Brother Hindmarch’s home was the abode of peace. His wife and he lived lives of beautiful piety, and trained their two boys in the fear of God. To this home came ministers and local preachers, a sort of centre to which kindred spirits gravitated. To Christian young men it had strong attractions.

In 1891 he resigned his position as weighman at Chester South Moor, and entered into business at Chester-le-Street. Here for a time he had but little leisure for any leading work in the Church. But a man of so many gifts, and so accustomed to aggressive enterprises, was bound to find his sphere. Hence he, along with others, was told off by the Central Church at Chester-le-Street to start a Mission at the south end of the town. It proved a wise departure, for soon land was purchased, a new temporary church was erected, a flourishing cause was built up, and at the time of our brother’s decease this property was already free of debt – arrangements were in progress for migrating to a new site where a much larger place of worship is in contemplation.

Our brother has not been without his sorrows. His two promising sons both died in their early manhood, so that he knew the meaning of “All Thy waves and Thy billows are gone over me.”

His end came suddenly, for although for some years it had been noticed that he was failing in physical vigour, still he, and those who regarded him as a leader among them, were looking forward to further fruitful service. The Master willed it otherwise. He had done his work. In the early days of the new year he was stricken with pneumonia and soon it became evident that the call to rest had come. He died on January 12th, 1905, and was interred on Sunday, January, 15th. After a brief but impressive service at the residence, the remains were conveyed to the Central Church, which was overcrowded with a sorrowing congregation. The station ministers, Revs. A.J. Campbell and T.A. Young, officiated, and the writer delivered a brief address. The Rev. A.J. Campbell read the commitment portions of the service, at the cemetery. So ends the earthly career of one who was not always understood and was sometimes thought to be of a stern type of character, but whom all knew to be one of the manliest of men, of considerable natural abilities, and above all a sincere and earnest Christian.

The widow, who now is left alone, having lost both husband and family, we commend to the God of all grace and consolation. May He keep her through what yet remains of her earthly pilgrimage, until they meet again, where “There shall be no more death, neither sorrow nor crying, neither shall there be any more pain.”

William was baptised on 15 June 1846 at Merrington, Co. Durham. Census returns identify his birthplace as Chilton, Co. Durham. His parents were William, a miner, and Eliza.

William married Eliza Charlton (1846-1931) in the summer of 1866 in the Durham Registration District. Census returns identify two of three children.