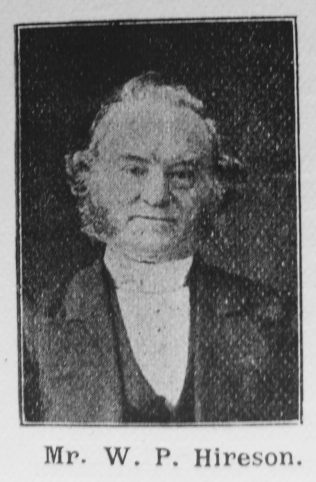 Transcription of Obituary in the Primitive Methodist Magazine by William Suttle

An old disciple, whose leaf did not wither, and who flourished and was fruitful to the last passed to his eternal reward on February 24th. He was youthful in spirit, though heart and flesh failed. The evening of life was the brightest and best of all. He was a laughing Christian. The joyful inward experience was often expressed by a full, hearty, healthy, religious laugh.

He delighted to tell of the early struggles and triumphs of our Church in East London, when the open space and the street-corner served as sanctuaries, and the unwashed and poorly-clad formed the congregation; when stones and rotten fruit and eggs were hurled at Christ’s ambassadors; and when, kneeling on the damp or dusty ground, men and women prayed until convicted sinners knelt beside them pleading for mercy. He knew the nearest road to the Cross and could point the way. He shared in the establishment of most of the older churches in the East of the Metropolis. During his last years he looked with pardonable pride at the chapels and societies owned by the Connexion where the early years of his ministry were spent. For more than sixty years he went about doing good. His public efforts were as welcome as the flowers in May. He was godly between the Sundays. To him every day was sacred. His religion was manifest in business. His religion was manifest in business. He carried every difficulty to the Lord in prayer. He used to tell of a lost secret which his masters could not discover and which he had tried to find without success. One of his masters encouraged him to try again. Once more he laid the whole matter before God, as Daniel and his companions prayed about the lost dream of the King. Fixing his thought upon the problem, experiments were tried, until to his great joy and the satisfaction of his employers, he discovered the prize. He served the firm of Howards & Sons, of Stratford, for sixty-four years. When a history of the firm was published in 1897, the portrait of our dear friend, with a brief notice, appeared.

The following note, from David Howard, Esq., will show how much he was loved by his employers: “I knew him intimately for the last 46 years, not only as a valued servant, but as a dear friend. In all these years I have seen nothing that dimmed the brightness of his Christian profession. I never heard him preach, but I do know what an admirable sermon his consistent life was.”

A few months before ascension his dear wife was raised to the higher service. He missed her much, but no murmur fell from his lips. On the day of her burial he was unable to leave his room. As we knelt by his bedside and prayed, a great calm came over him — Heaven’s peace filled his soul. We left him rejoicing in the thought that the eternal light would soon break upon his vision, and that the “good-night,” so reluctantly said, would be followed by the ever-welcome “good-morning.”

Two brethren who knew him well have written the following – Rev. George B. Gleghorn: “From earliest years I have distinct recollections of Bro. Hireson as a most devoted Christian and an earnest preacher of the Gospel. His name is inseparably associated with my boyhood reminisences of forty years ago. And ever since then he has never been found to fail in his intense desire to see the work of God prosper. In connexion with what was then the London Third Circuit, which stretched from Old Sutton Street to Barking on the east, and Erith on the other side of the river, he was always ready to give the churches the benefit of a ministry which always aimed high and was charged with forceful appeal; and by his prolonged term of service he must have laid those churches under the greatest obligations.”

Rev. William Lee, B.A.: “I shall always cherish his memory as one of the gentlest and most saintly of men. His outstanding characteristic was faithfulness to God and the Church. He sought to discharge every duty laid upon him with a rare and painstaking fidelity. Whether the duty was leading his class, or preaching Sunday-school sermons (for which duty he was in great request in our East London Churches), Bro. Hireson always put his best into it. Peace to his gentle and pious memory.”

William was baptised on 7 December 1817 at Letcombe Bassett, Berkshire. His parents were Thomas, a gardener (1840), and Lydia.