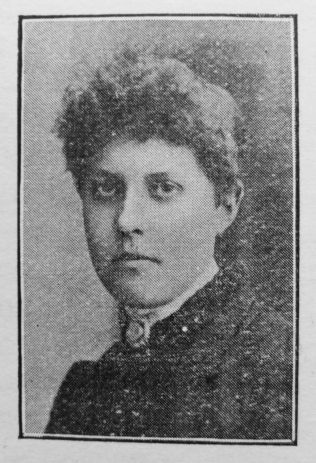 Transcription of Obituary in the Primitive Methodist Magazine by George Fowler

In the year 1871, Mrs. Iles was born at Brinkworth, and was first a scholar in the Sunday School, and then a member of the society in the same place. She was a Primitive Methodist of the fourth generation.

Since her marriage with Mr. J.A. Iles, of Braydon, some three years ago, she has rendered great help to our young and growing society there.

The Sunday School Anniversaries at Braydon have been of an encouraging character and of more than local interest. The Chapel is small, rendering necessary a large marquee for the occasion. The singing and recitations of the children (led each year by our late departed sister) brought together crowds of people. One result being that the income was the largest in the whole of this extensive circuit.

It was evident, at least to herself, at the last anniversary, that she could not bear the severe strain involved in training the children for another occasion of that kind, and said that the teachers must make other arrangements. Yet none suspected the presence of the insidious disease that in a few months terminated her useful life. In a few weeks it was seen that her health was failing. The end came somewhat suddenly.

The news of her death came as a surprise to nearly all the friends in the circuit. She viewed the approach of death calmly. To be parted from her affectionate husband after so brief period of married life, affected her most of all.

She made choice of her old friend, Rev. Geo. Fowler, to conduct the funeral service, as also the place where her mortal remains were to rest, until the “day breaketh and the shadows flee away.”

Many friends came from a distance to the funeral. The scene in our large chapel at Brinkworth was of a very impressive character. The congregation was moved to weeping while their hopes were bright, believing they would meet her again.

Rev. W.L. Taylor, who took great interest in our young sister during his residence at Brinkworth, writes as follows: “I am sorry to hear of the death of Mrs. Iles. I knew her well. As a girl she was thoughtful and seriously inclined, very different from the ordinary girl. When we wanted a worker in the Band of Hope and Sunday School, we looked to her to serve. She was gifted in various ways, and made a splendid worker in school and Band of Hope. She wrote dialogues, also stories of Brinkworth and the neighbourhood. The Wiltshire dialect she used to good effect in these stories. Afterwards she wrote for the pages of the ‘National Temperance Mirror.’ She will surely be missed at Braydon.”

The young husband had many marks of sympathy shown him at the time of his bereavement and on the day of the funeral, and will have a continued interest in the prayers of the friends and members of that society. That they may all meet in their Father’s House above is the earnest prayer of the writer.

Emma was born to parents Richard Matthews, a farmer, and Emily.