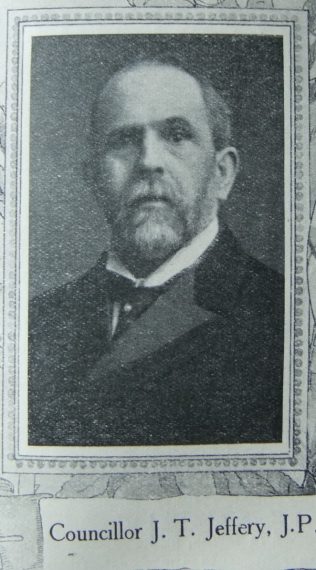 Coun. J.T. Jeffery, J.P., the Senior Steward of the Wisbech Circuit, was born at Oxford in 1849. He has taken a deep interest in municipal affairs, having been a member of the Town Council for ten years. Three years ago he was made a magistrate. He has also a long record of Christian work. In addition to the office of Circuit Steward, he is an active and very acceptable local preacher. He takes great interest in the work of the district, holding the offices of treasurer to both the Local Preachers’ Training Committee and the Centenary Funds. He gives his time freely to the various interests of the Circuit and District, finding real pleasure in the work. I might also add that he was one of the speakers at the last Mow Cop Camp Meeting. We pray that he may long be spared to serve the Circuit.

James was born in 1849 at Oxford, Oxfordshire, to parents John and Ann. John was a gardener.