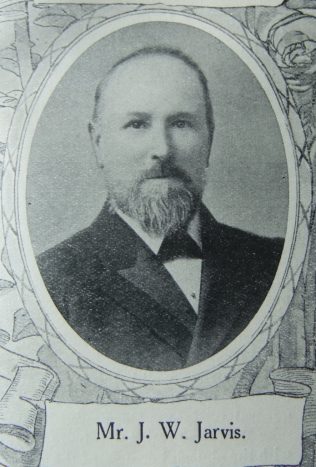 Mr. Jarvis was born in the town of Aylsham, sixty-one years ago. His great-grandfather befriended the early Primitives. He joined our Church in the year 1876, and holds the offices of Society Steward, School Secretary, Local Preacher, Treasurer of the Trust, and for many years has been the Steward of the Aylsham Circuit.

The home-life has been most happy, his wife being a daughter of the late Rev. Mark Warnes. They are blest with one son – a local preacher – and two daughters, loyal Primitives.

Bro. Jarvis is always at the services, Sunday and week-day. He is the first to come and the last to leave. He is a staunch abstainer, being one of the leading Rechabites in the district. He has on several occasions been delegate to our District meetings, and nothing is so interesting to him as the success of his own Church.

James was a bootmaker.