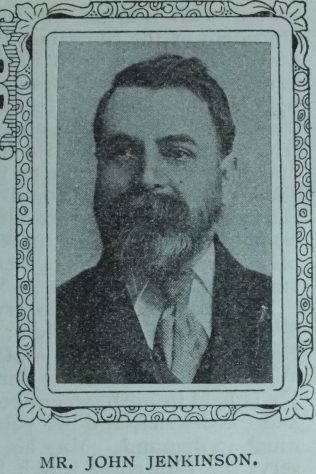 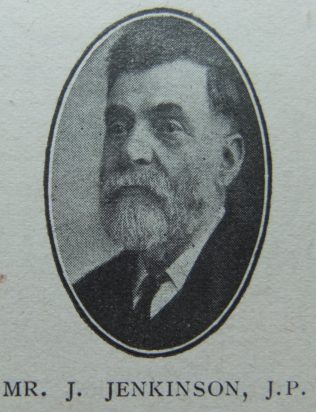 Few, if any, are more worthy a place in our permanent records than Mr. J Jenkinson, of Whitehaven Circuit. In 1870, at the early age of thirteen years, he surrendered himself to God, and having joined the Church he very soon began to exercise his gifts in public, and at the age of twenty-two became a local preacher on full plan, the duties of which office he has discharged up to the present time with conspicuous ability. His gifts run in a variety of directions. He has been for many years and is now a successful class leader; for eight years he superintended the Whitehaven Sunday school with marked success; he has been President of the Christian Endeavour Society at Whitehaven since its foundation about five years ago. Seven times he has represented his Circuit in District Meeting; he has been a member of the Carlisle and Whitehaven District Committee since its formation in 1886, and was also a delegate to Conference in 1888. Doubtless he would have represented the district in Conference more frequently had he not been compelled to decline nomination on account of his employment on the editorial staff of the Whitehaven News.

He is at present honorary secretary of the Whitehaven Liberal Club; a member of the Board of Guardians; and president of the Whitehaven and District Band of Hope. He is held in high esteem both in Whitehaven and the district, and his valuable services are much in demand. May he long be spared to serve the Church of which he is so honoured a member.

His obituary records that John was regarded as a local ‘Connexional lawyer’. His knowledge of the rules and usages of the Connexion was almost encyclopaedic.

Three years before his death, John became chairman of the Board of Guardians. He was appointed a County Magistrate in July 1918.