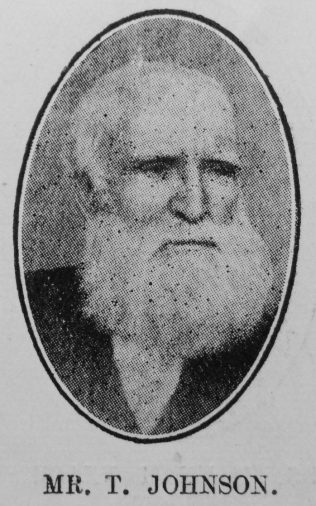 Transcription of Obituary published in the Primitive Methodist Magazine by P.T. Yarker

There is no record of his conversion except the best, namely a devoted Christian life. None ever doubted it, least of all our brother who “read his title clear” and had “the Witness within.”

A class ticket of the Primitive Methodist Church, bearing his name and dated “June, 1856,” has come to light. Thus more than half a century of loving service in the Master’s cause stands to his credit. He held responsible positions in the church of his choice as trustee, local preacher, class leader, Sunday School teacher and superintendent. He was one of the first trustees of Altofts Chapel, then in the Wakefield, now in the Normanton Circuit. From Altofts he removed to Methley in 1879, and joined the Methley Junction Society now in the Rothwell Circuit, where he laboured persistently. From the early days of his conversion he was a devoted servant ever on the alert to do good, in every season and in all weathers. His labours continued to the very end. The weight of years failed to cool his ardour. He was deeply interested in the young for whom he toiled and prayed earnestly. To such brethren we owe a debt inestimable.

He was married to Mary Leach in 1856. This happy union continued unbroken through all the years. Four sons and one daughter and the widow are left to mourn their loss, the loss of a faithful husband, a kind father and a noble example. He has passed to the “Homeland,” may we meet him there. The interment took place in Normanton Churchyard on December 29th, 1908, in a biting blizzard and in the presence of a large number of church officials, members and friends. The Rev. R. Huddlestone held a memorial service, March 29th, 1909, in the Methley Junction Church.

“Life’s labour done as sinks the clay,
Freed from its load the spirit flies,
While heaven and earth combine to say—
How blest the righteous when he dies.”

Thomas was born on 17 August 1827 at Altofts, Yorkshire, to parents William, a gentleman’s servant, and Hannah. He was baptised on 9 September 1827 at All Saints, Normanton, Yorkshire.