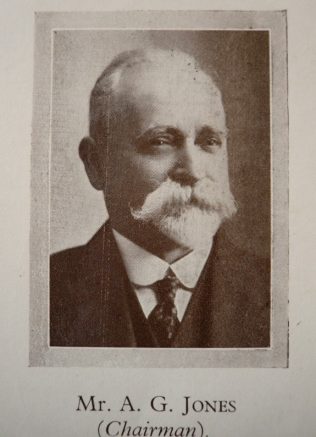 zoom
From the handbook for the Primitive Methodist Conference, Tunstall, 1929. A. G. Jones was inter alia chairman of the Public Services and Press Committee. 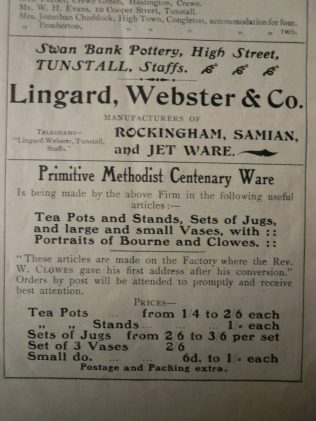 zoom
Advertisement from a 1907 pamphlet. 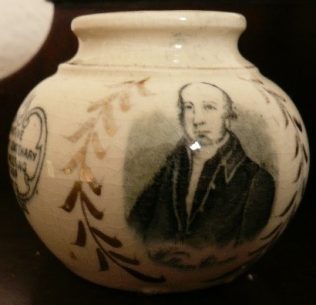 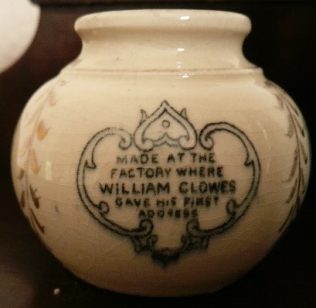 The factory made souvenir ware for the Primitive Methodist Camp Meeting Centenary in 1907. The items carried an inscription saying that they were “made at the factory where William Clowes gave his first address”.

A. G. Jones wife, Sarah Sophia nee Goodwin, was the daughter of Thomas Goodwin. He was born at Alstonefield, nr. Ashbourne, in 1829, the son of William Goodwin b.1796. By 1851 he was living in Tunstall where Sarah was born in 1869. By 1860 he had become Primitive Methodist local preacher in the Tunstall Circuit.

Sarah’s brother, George Goodwin, born in 1858, was also a significant figure in the life of Jubilee Chapel.