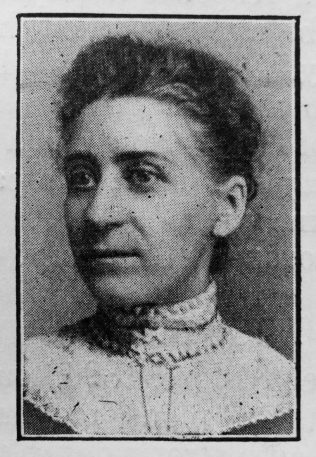 Transcription of Obituary in the Primitive Methodist Magazine by W Perry

Emily, the beloved wife of Mr. D.J. Jones, Welshpool, was born at Welshampton, July 10th, 1857, and entered into rest, May 3rd, 1906. Her parents were strict church people and kept a public house. Removing to the neighbourhood of Llanymynech they came into contact with Primitive Methodists. A revival broke out at the chapel and our sister and her parents were truly converted. The record in the family Bible thus runs: “I, Emily Hughes, give my heart to the Lord, November 9th, 1884. May the peace, grace and blessing of the Father, Son and Holy Ghost rest and abide with me now and for  ever, Amen.”

Such were her gifts and grace that she was given a note to accompany W.S. Howlett to his appointments and saw many enter into the Kingdom of Grace at services she conducted. She relied much on prayer, kept Temperance to the front, which she enforced from her own bitter experience, and at the time of her death was President of the B.W.T.A., the members of which held for her a special memorial service. Delighting in hospitality, generous to the poor, she was interested in every good cause. Her end came somewhat suddenly, and her removal is a great loss to the home, the church, and the town.