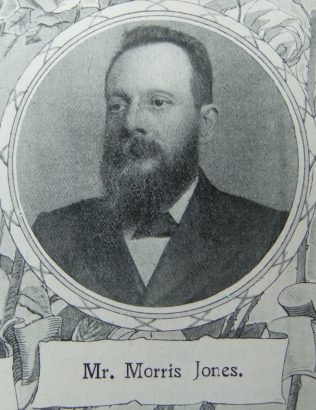 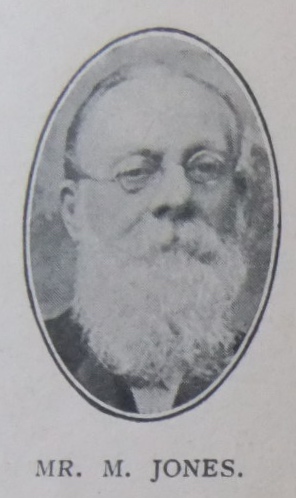 Mr. Morris Jones, Steward of Liverpool Third Circuit, is a loyal Primitive Methodist. His seven children are also in membership with us. As superintendent of Northumberland Terrace (Zion) School for thirty-seven years, local preacher forty years, class leader and trust treasurer, he has done good work. Being a fluent speaker his services are in great demand for pulpit and platform. He is presently Secretary of Liverpool Primitive Methodist Council but as a Temperance advocate he is perhaps most widely known. He has held the chief offices in the district in connection with Good Templary, including the district secretaryship – a post he has filled for nearly twenty years. As circuit steward he renders excellent service. He keeps the accounts well, presents elaborate financial statistics when occasion requires, and whenever the minister’s salary is due it is always paid in full. In some respects he is an ideal steward.

Morris was born in 1846 at Liverpool, Lancashire, to parents Owen Ramsey Jones and Sarah. Owen was a painter.

When his will was read, it was found that beside providing for the carrying on of the school at “Zion”, he had wiped off the circuit debt.

Census returns give the following occupations for Morris.

Morris married Mary Ann Hetherington (abt1848) on 19 May 1868 at Everton in the Parish of Walton on the Hill, Lancashire. Census returns identify seven of eight children.

Morris died on 13 March 1923 at Whitchurch, Shropshire. His funeral was at “Zion” and he was buried at Anfield Cemetry.