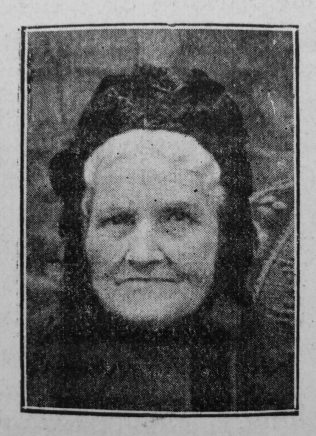 Transcription of Obituary in the Primitive Methodist Magazine by J. Wilson

Mrs. Jefferson was born at Hull, 1812. Her spiritual birth took place at the midnight hour at a watch service, held in the Wesleyan Chapel at Newbald, about sixty years ago. For about ten years she was a member of the Wesleyan Church, after which for reasons satisfactory to herself, she united in membership with our Church, and for fifty years has been a very useful member.

On the material side she rendered good service to our Society at Newbald, by conducting sewing meetings and sales of work, by earnestly using her missionary box for the long space of twenty-five years, by making a home for God’s servants who visited her village, and otherwise assisted the various funds of the Circuit and Connexion.

On the spiritual side she rendered still more useful service by her consistent Christian life, her regular attendance at the means of grace, her valuable service as class-leader, and her sympathy with and active efforts favourable to evangelism. During the time of her comparative ,retirement from active service she lived with her daughter (Mrs. B. Wilson), at Hotham, near North Cave; she had extra time for reading, prayer and reflection which we believe she turned to good account.

Although she had reached the age of ninety years when the writer became acquainted with her, he found her possessed of remarkable reasoning powers, and was deeply impressed by her calm and unwavering trust in God. After ninety-one years of earthly life, she was promoted to the higher life of heaven. That her family may all meet her for reunion at the resurrection of the just, and that thousands more as useful as the departed may be raised up to strengthen and extend the Kingdom of Jesus Christ is our most earnest desire.

Sarah was baptised on 21 June 1812 at St Andrew, Drypool, Hull. The baptism record identifies her father as William Robinson.