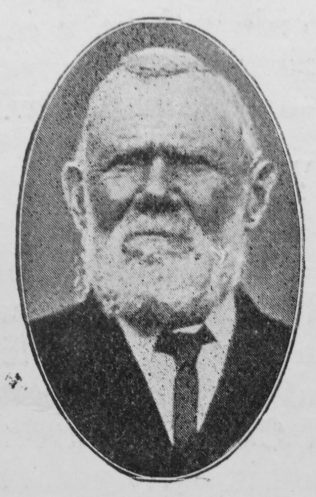 Transcription of obituary published in the Primitive Methodist Magazine by A.A.B.

At the time of his death which occurred on September 30th, 1907, at the advanced age of seventy-six, the late Mr. William Key, of Haslington, was the oldest local preacher on the Sandbach Circuit plan. As a youth of sixteen and in the year 1847 he was soundly converted. At once he became a member of the Christian Church, and remained in unbroken fellowship therewith until his decease. Having never attended a day school, and suffering from the limitations of a neglected education, he shortly after his marriage was taught to read and write. In his early manhood he was a powerful, successful, and acceptable preacher of Christ’s Gospel.

When appointed to the more distant places it was his general custom to leave home early on the Sabbath morning, and to sing, pray, and preach in some spiritually neglected hamlet en route to his appointment. Sitting by the wayside he would partake of his dinner which he had brought with him, and would then proceed to the appointed village where he would preach afternoon and evening, and invariably hold an open air service during the tea-hour.

For many years he was an earnest and devoted worker in the Haslington Society. He was a trustee, chapel steward, choirmaster, class leader, and Sunday School superintendent. He was prayerful in habit, and was devotedly attached to the House of the Lord. In his home he was most hospitable, and greatly enjoyed a conversation on spiritual matters. During his illness his physical sufferings were borne with exemplary patience.

His mortal remains were laid to rest in the Haslington Primitive Methodist Burial Ground. A large number of representatives were present from the churches of the Sandbach and neighbouring circuits. The Revs. W.J. Kirkland, B. Bowker, and A.A. Birchenough took part in the solemn proceedings.

Brother William Key was a good man, and he is greatly missed from the councils of his church and the pulpits of his native circuit. After sixty years’ long service below he has gone to be with those who serve their Master day and night in His upper Temple.

William was born abt1831 at Haslington, Cheshire.