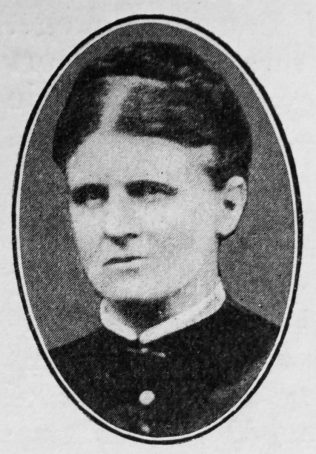 Transcription of obituary published in the Primitive Methodist Magazine by J.H.R.

For many years Mrs. King has been one of the most devoted of workers in the East Dereham Circuit. Early in the year she was laid aside by influenza. This proved to be the beginning of a long and trying affliction. She felt all along that it would end in “going home,” as she herself expressed it. More than forty years ago she was converted. The Garvestone Society at that time used to go round on Christmas Eve singing Christmas hymns and they visited the neighbouring village of Thuxton, where Sophia Gath lived. The hymn “ Brightest and best of the sons of the morning” aroused her interest, and she accepted an invitation to attend the service which followed the carol singing. There she gave her heart to God.

In due course she married Mr. Lebbell King, of Mattishall. For thirty-five years she accompanied him to his appointments and was a very acceptable preacher of the Gospel. She was as active at home as away. The splendid new church at Mattishall, one of the best of our village properties in East Anglia, owes much to Mr. and Mrs. King’s sacrifice and service. Her testimony of the sustaining power of God’s grace was consistently bright to the end. Her last word, accompanied by a smile, to her husband was that she was all right. On September 23rd, 1907, at the age of fifty-eight she entered the higher service.

Her funeral was largely attended. The Rev. E. Madoc Jones, B.A., Vicar of Mattishall, gave evidence of his respect for our dear friend by coming to the chapel and taking part in the service there. The Rev. A.T. Wardle attended and gave an address on behalf of the Norwich District Committee and the Revs. J.H. Rose and J.H. Briggs, Circuit ministers, took the rest of the service,

Sophia was born abt1849 at Thuxton, Norfolk, to parents Thomas, who worked the land, and Margaret.

Before her marriage Sophia worked as a servant.

She married Lebbell King (1851-1937), a carpenter and builder, in the summer of 1871 in the Mitford Registration District, Norfolk.