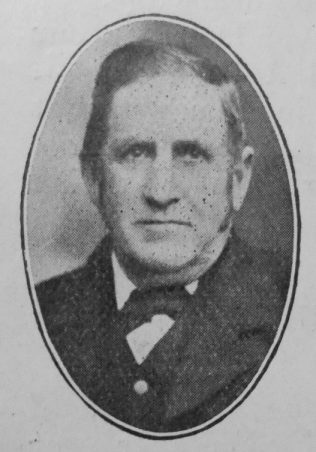 Transcription of obituary published in the Primitive Methodist Magazine by E.E. Fisher

Our church at Oxford Street, Reading, has recently sustained a heavy loss in the death of the late Mr. W. King, who passed away on July 25th, 1908, in the 68th year of his life. Our brother had the advantage of godly parentage, his father being a local preacher, whose ministry dates back to the time of John Ride and Edward Bishop.

Our friend was one of three brothers who followed in their father’s steps as local preachers of our church. It was at an early period in his life that he decided for Christ, and since that time until his death he has given unstintedly of his time and talent to our church, becoming associated with it first as scholar then teacher, and later as local preacher and temperance advocate. In addition to the work our brother bas undertaken for us, he has given considerable assistance to the Bradfield Circuit, and at times has taken appointments on the Newbury Circuit, whilst he has assisted many another preacher by driving him to his appointments.

Brother King’s homely expositions and godly character endeared him to all who knew him; so that the pulpits of our churches were always open to him; only a fortnight before his death he preached in our church in Cumberland Road.

Our brother was buried in the Reading Cemetery after a funeral service held in our Oxford Street Church, conducted by Revs. E. Millichamp, A. Clark, and E. E. Fisher.

The memorial service was held in Oxford Street Church on Sunday, August 2nd, being conducted by Mr. H. Ralph, whilst the sermon was preached by Rev. E. Millichamp. E.T. Collier, Esq., J.P., our brother’s former employer, being present, also paid a fine tribute to his character. His passing has left a gap not easily filled. We can only pray that God may lead others to take up the tasks which have fallen from the hands of our departed friend.

William was born abt1840 at Reading, Berkshire, to parents Charles, a brickmaker, and Elizabeth.

He married Harriet Smith (1844-1936) in the spring of 1867 at Reading, Berkshire. Census returns identify seven children.