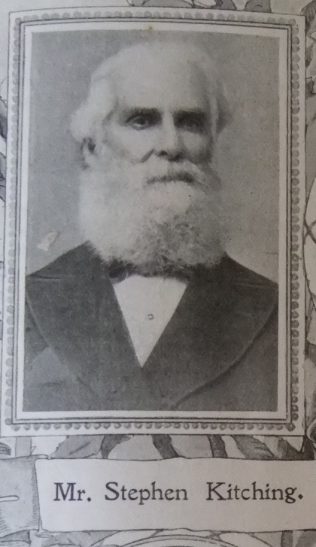 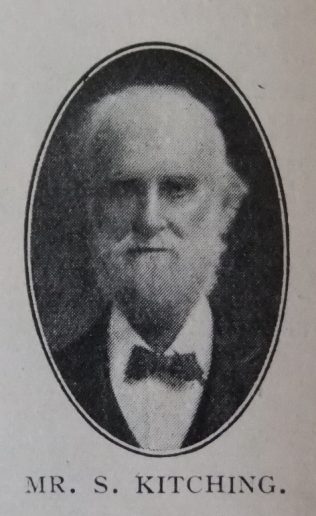 Mr. Stephen Kitching, steward of the Second Circuit, is one of a sturdy stock who championed our cause in Grimsby in the early days. He is a Primitive Methodist by descent, sympathy and service. His father, three sisters and five brothers have all been members. Three of them held office and did yeoman service.

For thirty-eight years a class leader, thirty five a school superintendent, with the offices of society and chapel steward added, he has in each faithfully discharged his duties.

Two years ago he became circuit chancellor, and has cheerfully met all the claims involved. His brethren have recognised his work by sending him to District Meeting and Conference.

He has lived through the palmist days of our Bethel Church and remembers times of sweeping revival under C. Kendall, J. Stephenson, H. Clark and C. Spivey. Prompt, conscientious and devoted, he is held in high esteem both in private and public life.

Stephen was born in 1837 to parents John and Mary. John was a shoemaker.