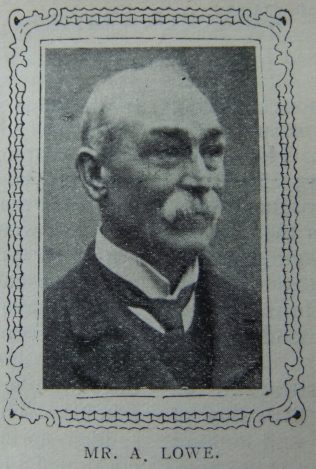 The subject of this sketch was born in the year 1849 at Wombridge, near to Oakengates. As a boy he was brought up in the Church of England. Later on however the Episcopal Church became too narrow for him, his soul longed for greater Christian activities. In the summer the services in the church were given up on Sunday evenings, and so he attended our own places of worship in Trench and Wrockwardine Wood, and at the former place when about eighteen he was soundly converted to God. Shortly after that memorable event he became a Sabbath school teacher and also secretary. In his desire to be of still more service he became a local preacher and preached his trial sermon in our Wrockwardine Wood church, and many souls were converted under his ministrations. His work still lives in that district and the memory of those days is precious to him. After his marriage he removed to Oakengates and laboured there for a few years in our church.

Twenty-eight years ago he came to reside at Shieldmuir, in the North British District, and found the church in need of workers. For many years he practically did the work of a minister. He has filled all the offices of our church here and has often represented his church at the District meeting. As a local preacher he has done good service and still delights to occupy the pulpit. His greatest work, however, has been done in the Bible Class, he has had the joy of souls being saved during the ordinary hour for class. Mr. Lowe, although nearing the eventide of his life is enjoying his work in the Church as much as ever, and destined we hope in the providence of God for many years more of service.

Abraham was born in 1849 to parents John and Jane. John was a miner.