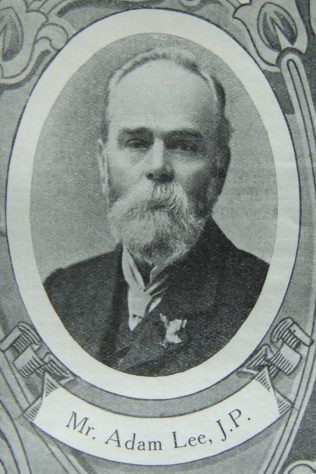 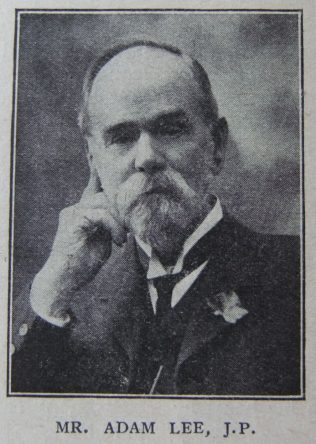 Who can tell in one hundred and fifty words the romantic life-story of Adam Lee, or limn a character so many-sided and full of charm. He was a popular Chancellor nearly forty years ago in the far North; he is a popular Chancellor today in London. In between he has played many parts brilliantly in Lancashire politically, socially and Connexionally. A Primitive Methodist of the third generation, he is an able and fascinating speaker, preacher, and lecturer. At the disastrous General Election of 1895 he polled more votes than any Liberal in the United Kingdom, and must have been asked to become a Liberal candidate half a dozen times. During the Home Rule struggle he visited every disturbed district in Ireland, and was constantly “shadowed.” Indeed a warrant was issued for his apprehension, and he narrowly escaped arrest. He has been thrice round the world, and is to-day in labours more abundant for his fellows.

Note: ‘limn’ is an old fashioned word meaning to represent or portray

Adam was born abt 1844 at Berwick upon Tweed, Northumberland, to parents Adam and Jane. Adam, senior, was an enginewright (1851)

In his early days Adam and his father attended a service conducted by Hugh Bourne in Nelson Street Newcastle. In his formative years he associated with some Welsh Christians who has been in the great revival of the late 1850s. When the Primitive Methodists missioned Rhos, Adam joined the Society in 1862 and was put on the plan of the Wrexham Mission by Rev Philip Maddocks.

Adam made his first attempt to preach on his nineteenth birthday, at “The Mountain” where a colony of besom-makers had erected a small chapel.

In 1863, Adam moved to Mold and joined the Buckley Society, which was then in the Chester Circuit. In 1865 he moved to Chester. His father’s employers then persuaded Adam to take a position at Bebside, Northumberland, where he spent ten happy years. There he served as circuit steward and Sunday School superintendent.

Adam removed to Oldham in 1876 and soon became an acknowledged leader in religious, political and municipal circles. In 1899, Adam moved south to assist Sir William P Hartley in establishing his London business.

In Ireland, Adam narrowly escaped imprisonment during the activities of the Land League.

For most of his life Adam worked as a coal merchant. The 1911 census records him as a manager of a jam factory.