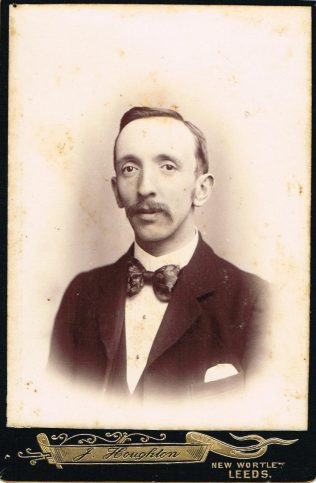 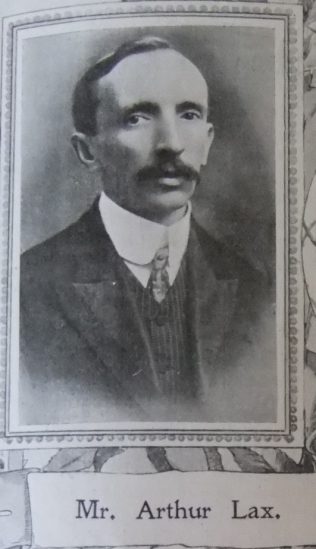 Once a scholar in the Sunday School the steward of the Leeds Second Circuit has climbed the successive steps of teacher, secretary, adult Bible class teacher, local preacher, society steward, to the height of the circuit chancellorship. His varied official positions in station and district have not been the mere insignia of honour but certificates of persisten t service for the churches. Circuit work, district duties, service on the Leeds City Council, have all contributed towards the making of a chancellor who understands the duties, possibilities and opportunities of his office. This long and varied service has afforded the spiritual preparation of personal growth. The princoiples upon which he acts as steward are seen in the business methods introduced into the office, the presence of personal generosity and spiritual fervour. Converted at the age of fifteen he has returned faithful service to the church that helped to save him.

Arthur was born in 1864 at Leeds, Yorkshire, to parents Samuel and Mary. Samuel was a draper and oil extractor. Arthur was baptised on 11 September 1864 at St Philip, Leeds.

Arthur became a draper, working in the family firm of Samuel Lax and Sons.

Arthur married Matilda Hare (1864-1950) in the summer of 1891 at Beverley, Yorkshire. Census returns identify one child.

Arthur died in the spring of 1947 at Leeds, Yorkshire.