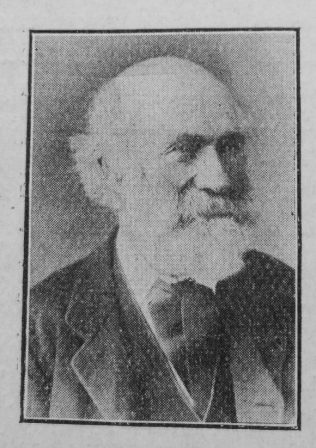 On Good Friday morning the grand old saint of Dover Primitive Methodism entered into his rest. For fifty-four years, within a few months he was a member of the Connexion.

The history of Primitive Methodism in Dover is embraced in the fifty-four years of his Christian life. He was one of its early converts, and through all its changing fortunes he has been its steadfast friend.

His conversion took place in the preaching room in Limekiln Street, and he received his first ticket of membership in June, 1850; how real the change was, and how completely Christ possessed him the fifty-four years have abundantly shown.

The necessity arising for a preaching place in another part of the town, a house was taken in Bridge Street, and a society formed, the active member of which was our friend. Then larger accommodation being necessary a loft was rented in Brook Street in 1852.

When later the friends felt they would like to erect a chapel of their own, he gave the first donation towards the purchase of the land, and in 1860 the chapel in Peter Street was opened; with his own hands he helped to dig out the room beneath, and do all that was needful in bricklaying, carpentering and painting to make a school room in which the children could be gathered and taught.

For many years the single minister lodged at his house, for which he received the sum of fifteen shillings per quarter, and when even that amount was not forthcoming, offered to take him for nothing“.

In 1857 he was put on the plan as a local preacher, but having little time for study he relinquished the office, not however before he had taken an active part in missioning the ancient town of Sandwich, and helping to establish a permanent cause there.

Up to the very end he spent his strength, seeking to render some service to the church of his choice. At the sale of work in December last one complete stall was occupied by articles he had made and given.

A life full of service, full of fruit was his; he had no repinings when he came to the end, no doubt nor fear. With what strange confidence he possessed his soul, only those who had the privilege of being with him could possibly know. How simply and fervently he prayed, “Lord, now lettest Thou Thy servant depart in peace, for mine eyes have seen Thy salvation.”

The Rev. I. Dorricott writes:
“I had exceptional opportunities, in some respects, of carefully observing his almost daily life, and of learning much of his inner and spiritual experiences. And the more intimately I became acquainted with him the more I was charmed with and admired his simple and undeviating piety. He pursued the even tenor of his way with an almost childlike simplicity, for the long period of nearly fifty-four years. He said but little about personal religion; but one did not need to hear of his religion, it was seen with almost wonderful clearness in his daily life. His religion was more than a profession, it was a genuine and vital experience; it was more than a mere fact in his daily life, it was a constant influence to be felt by others. Mr. Lewis aimed daily to live a pure life, to maintain a conduct void of offence towards all, to have a civil and gracious tongue so that his conversation might be offensive to none and edifying to all. He sought to bring up his children in the fear and ways of God, and he also desired them to be Primitive Methodists, and thus find useful service in the church which had brought such abundant blessing both to him and them. He was ardently loyal to the church of his choice, and desired to spend and be spent for his Master’s cause.”

An impressive memorial service was held on the following Sunday evening, when the Rev. Peter Kay preached from the text, “For me to live is Christ, and to die is gain.”

George was baptised on16 December 1821 at Charlton, nr Dover, Kent. His parents were William, a labourer, and Mary.