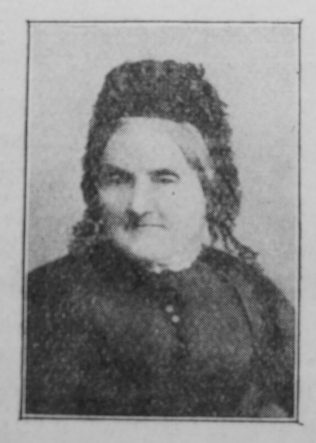 By the death of Mrs. Jane Lawley, Primitive Methodism has lost a devoted daughter, her children a loving and venerated parent, and many people a faithful friend. She was a connecting link with the early days of our Connexional history, and an interesting and impressive survivor of hard but heroic times.

Mrs. Lawley was a native of the county of Lancashire, and was born at Upholland, near Wigan, in the year 1817. Early in the life of their child her parents, Richard and Ann Gaskell, removed to a farm at Shevington, a little distance from her birthplace. Here the family, which had previously attended the Established Church, became connected with our cause. Here, too, our sister became the subject of those divine impressions which at the age of nineteen years deepened into a firm attachment to Jesus Christ, and a bright realisation of His saving mercy.

It is on record that before entering into the rest of faith the travail of the penitent soul was long and dark and weary. It is certain that when at last the joy of conversion entered her heart it was deep and has remained to gather power and sweetness through the passing years. Owing to the fact that her father’s house was the preachers’ home her spiritual life had the advantage of godly conversation and example. Many were the happy memories cherished by her of such revered servants of our Church as George Herod, Samuel Smith and Charles Lead, with many others whose wise and holy counsels were never forgotten but diligently reproduced in the rare goodness and discretion of our sister’s life.

Among the many guests whom her parents received for Christ’s sake, there came early in the forties the Rev. John Lawley, and to him their daughter was married in 1843. This marriage surely was made in heaven for Mrs. Lawley discovered a true vocation for the life of a Primitive Methodist minister’s wife, and the union was one of singular happiness and affection. It was Mr. Lawley’s lot to travel on what were then some of the hardest stations of the Connexion. The work on many of them was difficult and salaries were small but amid the hills of Derbyshire the wolds of Yorkshire, the solitudes of Ellan Vannin or the poor fields of Ireland, the courage and devotion of husband and wife knew no abatement. One by one came children to the home until a large family had gathered round the board, but still the wife found time to help her husband. She had a good voice and gracious was the ministry of her song. She had sympathy with the sick and pity for the poor, and many learned to call her blessed. She loved with a passionate and increasing affection the Church of her choice, and so taught others to love it too.

So for twenty-eight years she served her Lord until in 1871, worn with hardships, her husband sought retirement. Then she made her home in Preston, not, however, to waste in idleness the gifts of mind and heart and soul bestowed upon her. So long as she able she took an active interest in the work of the Church. For many years she was a member of Saul Street Society, afterwards until the end came her fellowship was at Fylde Road. Seventeen years ago her husband died at the age of seventy-nine years. This was a bitter trial but borne in Christian resignation and hope. Now after a long and beautiful life she has rejoined him, and they two dwell together in the fulness of the Christian’s joy.

The death of Mrs. Lawley occurred on Feb. 27th, 1904, after a short illness in which her confidence in God had bright manifestations. For some years, however, the infirmities of age had almost kept her prisoner in her comfortable home, cheered happily by the love of devoted children. It was the pleasure of the writer to visit her from time to time, and he would gladly bear testimony to the sweet cheerfulness and patience of her declining years, to the ripeness and beauty of her Christian character. Her greatest joy was to speak of the old days, and to look forward to the eternal rest.

At her funeral conducted with a simplicity in keeping with her character and wishes, the Rev. Thomas Dearlove, an old friend of the Congregational pastorhood, with the writer, performed the last rites. It was a cold winter’s day and the earthly outlook was cheerless in the extreme. It was a joy to reflect that she whom we laid away into the silence was for ever beyond the bitter blast,
“Where the Saviour has His glory
In the glory of His own.”