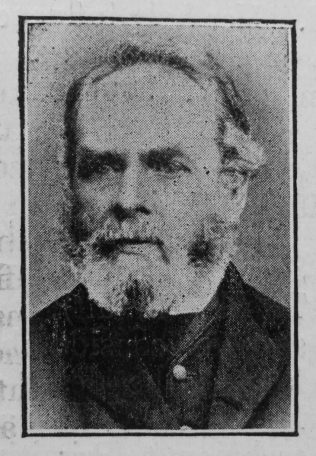 Transcription of Obituary in the Primitive Methodist Magazine by James Whittock

The Rhondda Circuit has recently sustained a great loss by the death of Mr. William Lane, of Tonypandy, in his fifty-ninth year.

He was born at Blaenavon, Monmouthshire, in the year 1847, and twenty years after removed to the Rhondda Valley, where he joined our church.

He was one of the founders and trustees of the Llwynypia Church, also of the church at Wain Court, Clydach Vale.

As Circuit steward, class leader, &c., he rendered splendid service, and for many years he was a most acceptable local preacher.

Mr. Lane took a great interest in candidates for the local preachers’ plan.

He directed their studies, allowed them the use of his library (which was a good one), and some of the best local preachers in the Circuit to-day gratefully acknowledge their indebtedness to him.

He took a great interest in the business of the Circuit, and was a most loyal, trustworthy official.

On several occasions he was elected delegate to the District Meeting, and in 1905 he represented the district at the Scarborough Conference.

Mr. Lane was a good man, constant in his attendance at the means of grace, and by his godly example and Christian influence in social life he did much good.

He trained his children in habits of piety and Christian usefulness, and his eldest son is Rev. G.J. Lane, F.G.S., of the Brompton Circuit.

His last illness was prolonged and painful, but he suffered with much patience and cheerfulness, and died in the full assurance of the faith he had so faithfully preached to others.

Since his death his co-trustees have placed a memorial marble tablet in the Wain Court Church in recognition of the faithful service he rendered in the founding and development of that church, which is now one of the most vigorous in the Rhondda Circuit.

William was born in 1847 at Llanelly, Monmouthshire, to parents John, an iron miner, and Mary.

He married Esther Williams (abt1851-1913) in the summer of 1868 in the Pontypridd Registration District, Glamorgan. Census returns identify five children.