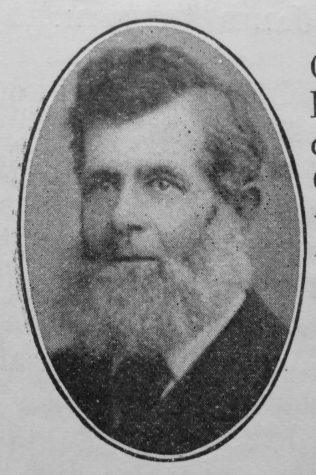 The Camden Road Church, Tunbridge Wells, has just lost by death its oldest local preacher, Mr. G. Lawrence. Our brother was converted to God at the age of nineteen years at Thetford, in the Norwich District, during a great religious awakening which resulted in great numbers of people in the surrounding villages becoming members of our church. Great were the calls for labourers in the Mission work, and our brother was at once examined and put on the preachers’ plans.

With enthusiasm and considerable aptitude he laboured successfully, often taking long journeys on the Sabbath to preach the Gospel to his fellow villagers. He had great veneration for the ministers and has frequently spoken of Rev. James Barnes as a dear man of God, whose ministry was made a great blessing to him. The ministers in their journeys often received generous hospitality in Brother Lawrence’s home. About twenty-five years ago he came to reside at Tunbridge Wells, and became useful as a local preacher.

During the last five years he suffered a heavy affliction, but bore it with Christian resignation and was fully ready when the end came to enter into the “rest remaining to the people of God.” He was seventy-one years of age and a local preacher for fifty-one years.

The funeral ceremony was conducted in Camden Road Church, by the Rev. T. Saunders, when a solemn and impressive address was given. Also a funeral service was held on Sunday evening, April 12th, conducted by the pastor, who discoursed from the words, “Death is yours,” to a good congregation. This was followed by the Sacrament of the Lord’s Supper, which was well attended, and was a season of blessing.