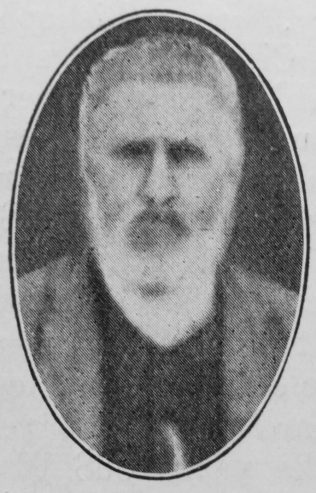 Transcription of obituary published in the Primitive Methodist Magazine by T. Elliott

Mr. James Leadbitter, the oldest local preacher in the Shotley Bridge Circuit, passed from us after a few days’ illness on February 27th, 1908, at the age of seventy-two years. He was converted at the age of twenty-five, and two years later became a local preacher. He was a teacher in the school, a class leader, a trustee of our church and a constant worker for the prosperity of our Zion.

Hard work, plain living, and little schooling was the order of the day when our brother was a boy. But he was a man of strong will and intensely religious, which made it a joy to him to face the difficulties of life.

He married, in 1855, the daughter of Mr. W. Shaw, of Wylam, a woman fitted for him in every way. They had a large family, some of whom are in our church to-day.

As a local preacher he was well received and never neglected an appointment. In rough stormy weather, he would walk twelve or fourteen miles and preach twice and return again the same day.. Many were converted through his labours. He put all his energy into bis work and was in much demand at camp meetings and special services.

Mr. Leadbitter’s deepest passion was for the success of Shotley Bridge Society. For it he lived, prayed, and worked, and gave, and he has left a place difficult to fill.

We laid his body to rest on March 1st, in the Benfieldside Cemetery, in a heavy snow storm. Many friends gathered to pay respect to the faithful man whose voice they will hear no more on earth.

The writer conducted the service and gave an address, and though it was a time of sorrow yet we had a feeling of triumph, for a good man had done his work and gone to his sure reward.

On March 29th the Rev. A. Lattimer, of Darlington, preached a memorial sermon to a large congregation and paid a high tribute to his character as a true friend and a loyal Christian worker.

We trust his sons and daughters will follow in his steps and meet him again.