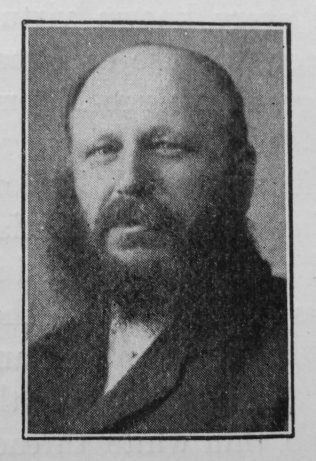 Transcription of Obituary in the Primitive Methodist Magazine by James Badminton

After a wearisome illness of nearly six months, Brother W.H. Lee passed to his reward on May 13th, 1907, in his sixty-second year. Born at Sutton, Forest Side, very early in childhood he attended the Sunday School, and was brought to the knowledge of sins forgiven. At sixteen years of age he began to preach, and for forty-five years was an earnest and acceptable local preacher. At twenty-six years of age he removed to Mansfield and commenced his connection with the head of the circuit; which then worshipped in the old Queen Street Chapel, but from 1886 in our present commodious church in Leeming Street.

Twenty-eight years ago he became Circuit Steward, which office he held until the end. Besides this, he was superintendent of Leeming Street Sunday School twenty-five years, Treasurer to the Trust, Treasurer of the Manse, and for many years a class leader. In business meetings he was generally a man of few words, but these were marked by wisdom, and carried great weight.

The interment took place in the Nottingham Road Cemetery, on Wednesday, the 15th, the first part of the service, conducted by Rev. J. Badminton, being held in our Leeming Street Church. The Rev. Barrett (Sutton) assisted, and an address was given by Rev. J.H. Hemshall. A large number of friends, from our own and other churches, besides representatives from the burial board, attended. The committal portions of the service were read at the graveside by the Rev. J. Badminton, and the Rev. Wilson Barrett offered prayer. A memorial service was conducted by the writer on Sunday evening, June 9th.

Our friend leaves a widow, four sons, and one daughter, to mourn his loss. Our prayer is that this dark season may be brightened with the radiant presence of Him who has destroyed the power of death, and that after earth’s sorrow, the joy of happy reunion may be theirs and our in the “Homeland.”

Walter was born in 1845 at Sutton in Ashfield, Nottinghamshire, to parents William Lee, a frame-work knitter, and Millicent Haslam.

He married Mary Ann Stocks (b abt1841) in the spring of 1869 at Mansfield Independent Chapel, Nottinghamshire. Census returns identify five children.