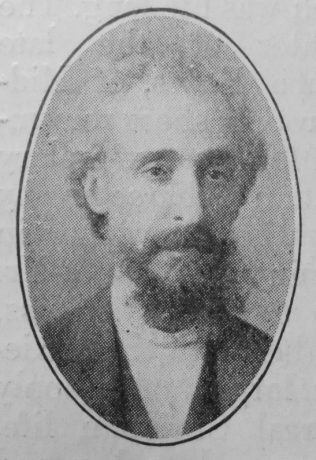 Mr. James Leighton was born at Tytherington, a hamlet near Bollington, on December 19th, 1823. The Wesleyans held services in his father’s house. At an early age he joined our church at Bollington, and for over sixty years has rendered splendid service as local preacher, class leader, and circuit representative on the District Committee.

To know James Leighton was to esteem and love him. His genial presence was like a breeze from the hills. His sunny disposition meant an uplift of mind and heart.

He was a true Methodist, and his loyalty to his church was commendable. Only a fortnight before his removal to the higher service, he took part in a great Centenary Service in our Bollington Church, and his appeal to our young people will not soon be forgotten.

James Leighton filled a large place in the business and social life of Bollington. He was the manager of the Lowerham Cotton Mill for over thirty-three years, and was so tactful and big-hearted as to win the esteem and confidence of masters and men.

The funeral took place on Saturday, Oct. 3rd. An impressive service was held in our Bollington Church conducted by Revs. S. Bond (Congregationalist), and C.T. Bishell (Pastor), after which the remains were interred in the Bollington Churchyard.

An “In Memoriam” service was held on Sunday, October 11th, when Rev. C.T. Bishell preached to a large congregation from the text, 2 Tim. iv.

Letters of appreciation from Revs. J. Bradley, W.H. Mason, G.H. Southall, P. Kay, J. Biggs and T. Meakin were read during the service. “Crossing the Bar,” “O Rest in the Lord,” and “Rock of Ages” were rendered by members of the choir, and Mr. George Berry played the “Dead March” in “Saul.”

Brother Leighton leaves a widow and an only daughter (widow of the late Rev. Charles Finch), to whom we extend our deepest sympathy.

“Life is ever Lord of Death,
And love can never lose its own.”

James was born on 19 December 1822 at Tytherington, Cheshire, to parents George, a weaver, and Ann. he was baptised on 2 March 1823 at St Michael, Macclesfield.