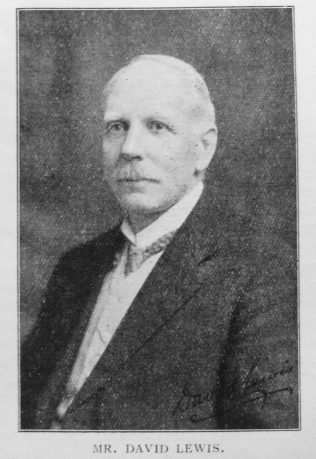 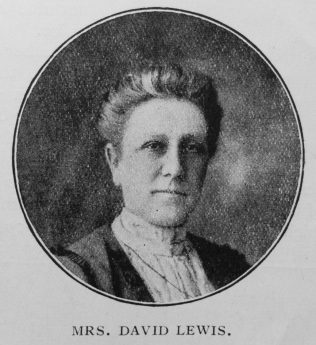 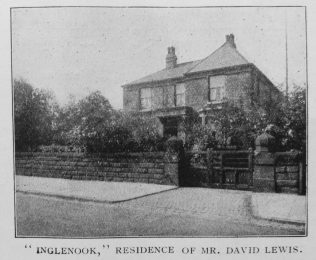 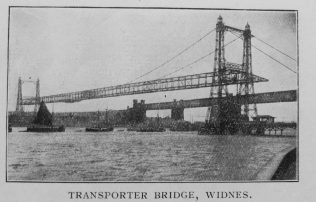 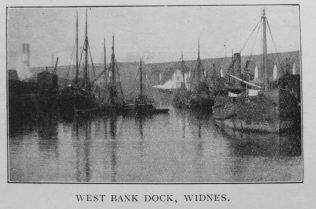 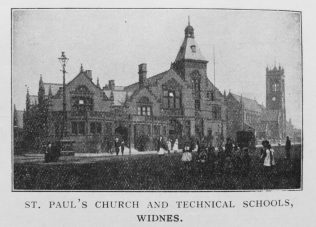 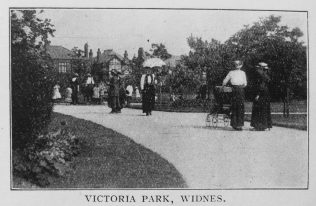 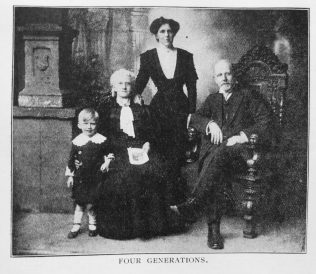 HOW do we know our Stalwarts when we meet them? Not by their physical stature, as in Saul’s case, but by their mental and moral proportions. Nature and grace have made them large in brain and heart.

Those who know the borough of Widnes in the County Palatine of Lancaster would hardly regard it as promising ground for the production of such men. An important centre of chemical industries, owing its very existence as a town to its position on the banks of the River Mersey, the smoke and gases of Widnes proclaim it afar. At one time such was their density and strength that they made it almost impossible for trees, turf and plant life generally to exist in the immediate  neighbourhood of the town. Happily science, which created these nuisances, is now doing much to abate them, and nature has resumed her functions. Verdure clothes the barren land and flowers once more rejoice the eye.

Thus it has come to pass that the smoky Widnes of a few years ago now possesses an agreeable and bracing residential district which is rapidly extending. Improved types of houses, set in surroundings of quiet beauty, do much to atone for the repellent features of the manufacturing half of the town, and the growing population finds it not at all a bad place in which to live. Still, while it compares favourably with other industrial centres and can boast of a fine Town Hall, Free Library and Secondary School flanking its imposing “Square,” Widnes, in spite of its recent street improvements and a considerable park, is not Southport nor New Brighton nor Llandudno.

We have said that Widnes hardly seems promising soil for the production of outstanding genius, for we instinctively regard scenes of grandeur and beauty as necessary to the development of massive character. But while surroundings such as these certainly do yield us stalwarts, so also do those districts which cannot boast any beauty of hill or dale. Often a town or hamlet apparently doomed to insignificance and obscurity has been lifted into eminence by some distinguished son who has triumphed over his uninspiring environment.

As denominationalists, we think such a thought as this when Widnes comes to mind, and we remember David Lewis. He is at once a stalwart of his town and of our Primitive Methodist Israel. The story of his life exemplifies the work of our Church in a way to inspire her workers to earnestness, liberality and consecration. In naming this stalwart we are reminded of Mr. Gladstone’s words concerning Arthur Hallam: “His temper was as sweet as his manners were winning. His conduct was without spot or even a speck. He was that rare and blessed creature, anima naturaliter Christiana.” Though David Lewis would think this rating much too high, he is nevertheless a near approach to the type of man described by the great statesman. He seems to have been happily constituted for Christianity. His nature provides good soil for the growth of Christian character.

Mr. Lewis has had the rare advantage of breathing a religious atmosphere from the beginning. His father, James Lewis, was a Primitive Methodist of the third generation. His mother, only recently passed away in her seventy-eighth year, was all through life a woman to whom the term “good” could be comprehensively and emphatically applied. In her wonderfully proportioned character there was a beautiful blending of strength, gentleness, discretion and piety. Upon her son, who is in these respects the very transcript of his mother, her life told strongly, and her religion of simplicity and fervour, with its high ethical note and its freedom in mental exercises has been the chief power and inspiration of his life.

Our friend had early to face the cold winds of adverse circumstances. His years were still tender when, on the death of his father, he became the chief bread-winner for a family of six children. All through his teens he carried this responsibility. Of course, educational opportunities were cut short and, equally of course, life became a severe economy, but by these austere conditions he was disciplined to self-reliance, methodical labour and endurance. From the hard ground of these limitations and discouragements the father less boy has risen to a high place in the business world and to a front-rank position in the civic life of the town. Knowing so much of his beginnings one is prepared to hear that the commercial prosperity of David Lewis has not been due to an unscrupulous individualism or to mere luck. He is a fine ensample of how success may be attained by righteousness and justice. No shady tricks have ever been laid to his charge; no employee has at any time accused him of “sweating” or of “slave-driving.” That man deserves a monument who in these days of unprincipled competition and selfish trade combinations can rise to success without taint – and even without suspicion. The temptation to stoop to tricks of trade, to deception and dishonesty which promise the foiling of competitors and a speedy realisation of fortune was never so strong as to-day. David Lewis has met this temptation with a direct negative. As a business man he has acquired and retains the maximum of public confidence.

“I begin to see more and more that the great thing is to live rather than work,” quoth Henry Drummond. “Common souls,” says someone, “pay with what they do; noble souls with what they are.” Our Stalwart has never been ambitious for wealth, but he has been legitimately ambitious for himself. His own soul has been valued above monetary gain. A purpose of this kind proves the dominance of religion; and of a religion, not of uneven emotionalism or conventional orthodoxy, but of righteousness at all costs. Reverence for God’s will, square dealings with men, consideration for the less fortunate—these are the great virtues of all time. These are the true wealth, and of David Lewis it may be said that he has great store in all these things.

And Mr. Lewis this year attains his majority in civic service. For ten years he was a member of the School Board. Since that body was superseded he has given his energies to the Town Council, and this for the past eleven years without once having to face an electoral contest. It has always been his lot to encounter adverse political majorities, and he has piquant stories to tell of uphill fights in the spheres both of educational efficiency and of general town improvement. He is the natural foe of sectarian  prejudices, vested interests, and false  economies; by speech and pen he fights them in fearless fashion. Though he holds strongly to his opinions, those opinions are always courteously expressed and he strives to interpret his opponents fairly and considerately. He knows how to accept defeat and even ridicule, and experience has shown that success is pretty certain to be his portion sooner or later. His counsels are increasingly deferred to and his hand is plainly seen in most movements of recognised importance.

Appointed a County Magistrate in 1909, Mr. Lewis does good work on the bench. For some years he has been Chairman of the Borough Health Committee. This month will see him Mayor. Notwithstanding this man’s public service, his Church is his supreme interest. The writer remembers well how, on the eve of his wedding day, when taking his residence in Widnes, he discussed the matter of his Church connection. Our prospects as a Church then were not bright in the borough. Our principal Society was at the far end of the town, and was a diminishing cause. Its religious life was one of moods; it lacked enterprise, and was mentally stagnant; there was a proneness to wrangling. Family after family had drifted away from the fellowship, and the outlook was dark indeed. Our only other cause was a small one meeting in a cottage. The family of the bride elect was one of those who had left our Church and joined the Wesleyan communion. According to every counsel of worldly prudence the proper course for the young man was to join the older communion. It appeared to be a wise proceeding for one who would secure patronage for a business venture in its infancy. But the memory of blessings received within the Church of his mother prevailed and, casting to the winds all thought of material advantages, he faltered not at all.

What that decision meant to our cause in Widnes can be seen in our position in the town to-day. In the work which has resulted in the possession of two good churches and a fine minister’s house, and in the welding of the two congregations into a self-sustaining circuit, of which he has been for many years the steward, the influence of David Lewis has been the chief inspiration. The credit and influence of our Church in Widnes has never stood so high as now.

And not only in the comparatively narrow sphere of the circuit is David Lewis held in honour. In the wider area of the Liverpool District he is a recognised leader, and only recently was appointed the custodian of its missionary funds. And wider yet is the radius of his influence. Far beyond the angles of his own “corner” this fearless advocate and staunch supporter of Free Church principles is known and valued. No man is more welcome in the pulpits and platforms of the local sister churches. In all movements of the forces of righteousness he is a foremost figure.

For such a man to live in any town without leaving his mark upon it would be an impossibility. A Christianity of so luminous and manly a quality as that exhibited by David Lewis cannot exist without elevating whatever comes within its helpful influence. The borough of Widnes does not furnish an exception to this happy rule. The town has taken on a higher moral tone as a result of his work and the impact of his character. A deeper sympathy is discernible between the classes, and those in whose hands lies the power of improvement have been stirred to greater interest in the welfare of the people.

Side by side with this Stalwart lives a woman mentally alert and true-hearted. Mrs. Lewis is at once a comrade in the battle of life, a rare home-maker and a faithful servant of God.

Oh, that such lives were more plentiful! The causes of true religion and social amelioration move slowly because of the lack of men of the type of this enthusiastic, hard working and brainy Primitive Methodist Christian.

David was born in the summer of 1858 at Runcorn, Cheshire, to parents James, a dock porter (1861), and Elizabeth. He was baptised on 3 October 1858 at Ellesmere United Methodist Free Chapel, Runcorn.

He married Elizabeth Deakin (1857-1920) in the summer of 1884 at Widnes, Lancashire. Census returns identify four children.