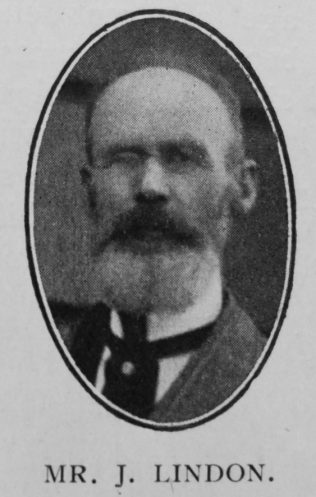 Mr. James Lindon, of St. Helens, passed away May 2nd, 1912. Born in St. Helens, May 22nd, 1837, he was sent to our first Sunday School on the day it was opened, nearly seventy years ago. Converted at the age of nineteen, he became an earnest and active worker in Church and Sunday School, and soon had a place on the local preachers’ plan. He was an enthusiast in all temperance reform.

Upon his marriage, in 1861, he removed to Widnes, where he and his young wife introduced Primitive Methodism. A cottage was secured, and services commenced, also a Sunday School. After four years he returned to St. Helens, where, with the exception of a few years at Prescot, he has lived since.

He was a good man and greatly respected; known for his conscientious and faithful discharge of duty. He served as chapel steward, member of District Committee, delegate to District Meeting and Conference. By the Free Church Council he was held in honour and esteem. A memorial service was conducted by the writer in the Westfield Street Church on Sunday, May 5th.