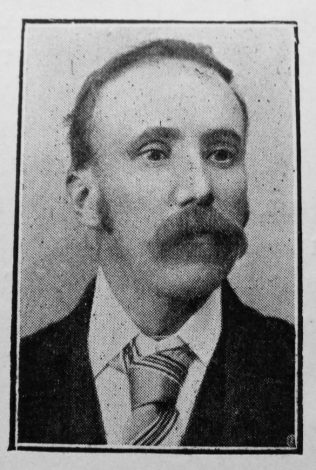 Transcription of Obituary in the Primitive Methodist Magazine by H. Green

Mr. John Lines was born at Inkerman Collery, Tow Law, December 6th, 1865. He had the advantage of a religious home, his parents being members of the New Connexion. On his marriage with Miss M.J. Hall, of Billy Row, he joined our Society there and laboured with singular zeal and ardour. He was a “conversation preacher,” going in and out among the people, and with his cheerful disposition always found a ready entrance for himself and his message. As the magazine steward he was keenly interested in the circulation of the magazines. All his gifts were laid upon the altar, but his greatest delight was in the service of praise, for his soul overflowed with music, and into his work as organist he threw his whole being. Thrice each Sabbath he would be found at his post, and he was rarely absent on a weeknight.

His end came with startling suddenness. After a short holiday he and his wife spent at South Shields he attended the Sunday School annual field day on the Saturday when he was more than usually buoyant and cheerful. On July 24th, 1905, he met with an accident while at work in Roddymoor Colliery, and ceased at once to work and live. The tidings carried a wave of sorrow over the entire community, and deep sympathy was felt for his widow and his aged mother. The late Rev. James Taylor and the writer took part in the funeral service, which was largely attended. A memorial service conducted by the writer was held in our chapel and was of an impressive character. Our dear brother “walked with God, and he was not, for God took him.”

John was born to parents George, a coal miner, and Charlotte Ann. He followed his father as a coal miner.

He married Mary Jane Hall (b abt1868) in early 1893 in the Auckland Registration District.