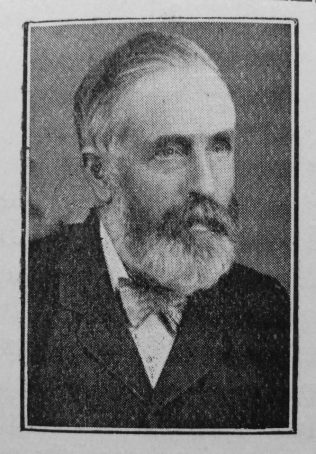 Transcription of Obituary in the Primitive Methodist Magazine by Alfred J. Campbell

Mr. Linge was born at Hopton, eight miles from Thetford in Suffolk, in an old thatched Cottage; he began life with no material advantages; his father was a farm labourer. Our brother began to work on a neighbouring farm for 2s. 6d. a week, and out of that meagre pittance never failed to pay his penny a week for class money, sixpence for his quarterly ticket, and sixpence for his seat in the chapel. There you have the man! Loyal, devoted, generous even, on 2s. 6d. a week! At the age of forty-one he left Suffolk and made his way to the County of Durham, settling down at Southwick, where he at once joined our church, and for thirty-three years was first a member then the leader of the Sunday morning class.

His relation to the church was not so much official as spiritual. His presence in an official meeting was calming, steadying, inspiring. His example, his influence, his service, were essentially creative forces that moved on other lives and set new shuttles to work.

He was in the truest sense a “father to the poor.” Secretly and silently he gave of his substance to many a needy soul. Aged men and feeble women were often the objects of his kindly ministry. And now his place is empty. His widow has lost one of God’s gentlemen. His family miss the guiding hand of a true-hearted father. The church and the community are poorer by one who never knew what selfishness was, and all of us wait the great re-union in the homeland we call heaven.

James was baptised on 11 November 1832 at Hopton, Suffolk. His parents were William, who worked the land, and Susan.

He married Isabella Johnson (abt1840-1900) in late 1886 in the Sunderland Registration District, Co. Durham.