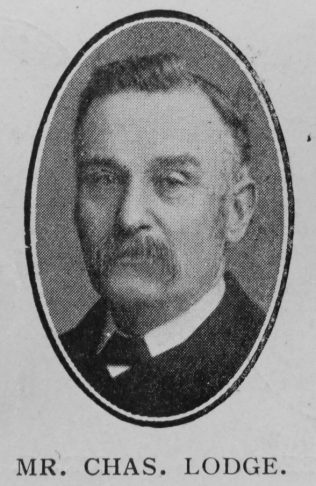 Transcription of obituary published in the Primitive Methodist Magazine by G.S.

The Shaftesbury Circuit, since its formation in 1905, has suffered the loss of some very able and devoted workers and officials, among whom we have to place the name of Charles Lodge, a man of high character, great devotion, and strong attachment to his Church. Born Nov. 9th, 1848, converted early in life, he soon became a local preacher, a position he held for more than thirty-five years with great acceptance.

He died suddenly October 20th, 1910. At that time he was a Trustee of several of our chapels, also Class Leader, Sunday School Superintendent, Chapel Secretary, and Treasurer of our St. James’ Church.

Liberal, kind, agreeable, and ever willing to serve, he has left a widow, daughter of the late Thomas Hunt, who was for years circuit steward and a prominent worker in the Motcombe Circuit, a son, two daughters to mourn his loss, yet to realise in their lives the fruit of his goodness and service.

Note: Charles’ birth was registered in the fourth quarter of 1847, not 1848 as stated in the obituary.