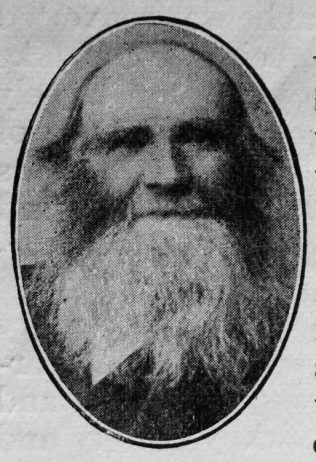 Transcription of obituary published in the Primitive Methodist Magazine by R.H.B.W.

Mr. Richard Lyon, who was well known in the Selby Circuit for his high-toned Christian character, passed away on August 14th, 1907, in the eighty-fourth year of his age. For sixty-nine years he was a member of our Church and during a large portion of this time he was connected with the Skipwith Society, a small village in the Selby Circuit. It is quite impossible to estimate the beneficial influence of his holy life on the Church and the neighbourhood. His devotion to the cause was unbounded. The work of God was to him the supreme consideration. No time and no energy were spared in order to serve the church worshipping in the little chapel by the roadside.

One evidence of this, among many others, is the fact that for twenty years, every Sunday, and often during the week, he walked three and a half miles to attend the services and lead the class and fulfil the work of other offices he held.

One purpose only was before his mind— “Here is a work to do for God; I must do it.” It was, therefore, a great and serious loss to the little Society when he had to remove to Selby. A year or two ago he had an accident at his work on the railway, which, while it might not have been serious in the case of a younger man, very much shook him and confined him to his bed for several months. He rallied, but never really got over the accident.

His faith and hope went with him to the last. He died rejoicing in the Lord he had served so long, and was interred in the Selby Cemetery in the presence of a large number of sorrowing friends. The Rev. F.W. Brett gave a touching and beautiful address in the chapel, and then at the graveside laid our friend to rest in sure and certain hope of a glorious resurrection.

Richard was born in 1823 to mother Harriet Lyon. He was baptised on 4 January 1824 at North Dalton, Yorkshire.