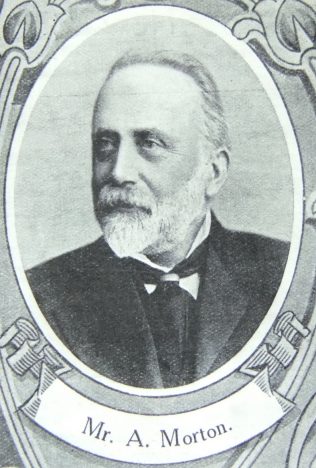 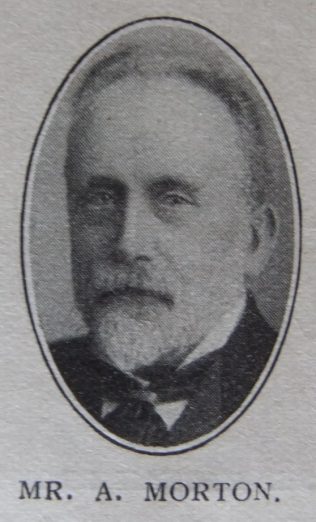 Born at Berwick, December 21st 1846, Mr. A Morton removed to Newcastle when a youth, and joined Nelson Street Society and Sunday School. Afterwards he located at Heaton Road, and when Newcastle Third was formed he became Circuit Steward. Often delegate to District Meeting and Conference, he has also been District Missionary Treasurer. He is one of the leading laymen of the North, a member of Hartley College Committee, and a prominent member of the Free Church Council. An able and eloquent preacher, he is in great demand among the churches. Sincerely Evangelical, yet quickly responsive to all that is best in modern Christian thought, for he has escaped the “dead line of fifty” and would have made a successful minister. But as a Circuit and District layman he is admirable. His fine temper, genial manner, and generous sympathies give unique value to his personality, and he would grace the Vice-chair of Conference.

Alexander was born in 1846 to parents George and Eleanor. George was a railway porter.

His obituary records that Alexander was Circuit Steward for twenty-five years till laid aside by illness. His rich musical voice and fluent utterance under the spell of spiritual passion gave his messages a deep impressiveness.

Alexander married Mary Jane Leighton (abt1850-1925) in the spring of 1869 at Newcastle upon Tyne. Census returns identify five children.