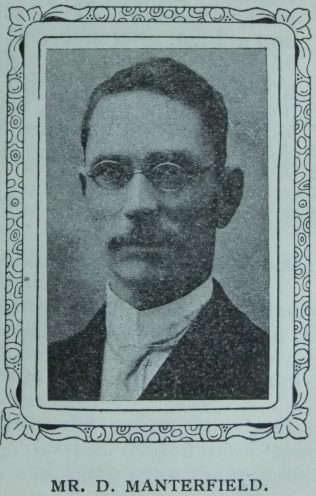 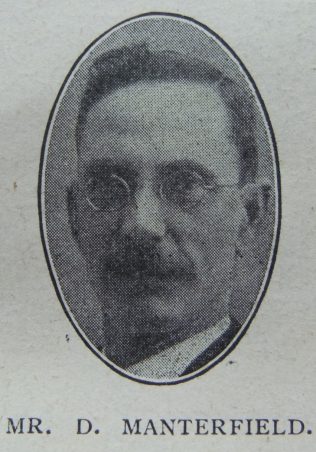 A local preacher of the Stanley Street Church. Born July 11th, 1864. Trained in the Sunday-school he became a teacher at an early age. Converted January 2nd, 1881, and was given a “note” the same year. Pressed to enter the ministry, but not satisfied of a Divine call, elected to serve the Church in other ways, and for twenty years he has taken a leading part in all its activities. Leaving school at the age of eleven years, he still devoted himself to study, and through evening schools, private classes and students’ unions he has attained an educational proficiency of some distinction. Like his father, a local preacher of great power, long since gone, but remembered, he has great spiritual insight and a marvellous knowledge of Scripture. Few men posses in a greater degree the gift of teaching. He is a voluminous reader, but his fertile mind gathers from every source. He sees sermons in everything. His difficulty is in selecting from the many subjects which press for treatment. Yet a hasty preparation is out of question. He is anxious that people should not only understand but remember, and in this he is remarkably successful. Each point contains the germ to be developed, and that development proceeds so naturally that the impression is well nigh perfect. In his delivery he is natural and energetic, but not having a particularly strong voice, he can only be heard to greatest advantage in the smaller chapels. He is a member of the District Training Committee and sub-tutor of Church history.

David was born at Sheffield, Yorkshire, to parents John and Harriet. John was a coal merchant.

His obituary records that David was a prominent Liberal, and for many years was a Liberal agent.

At the time of his death, David was President of the Sheffield Free Church Lay Preachers’ Association.