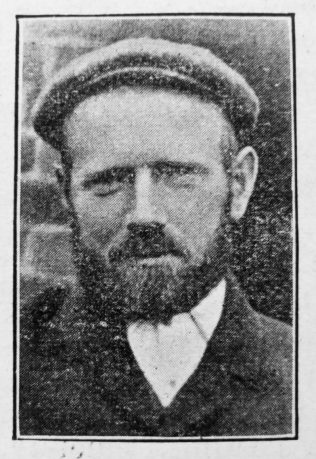 Transcription of Obituary in the Primitive Methodist Magazine by J.R.

By the death of Brother Micklewright of Howle, Newport (Salop) Circuit has lost one of its most devoted workers. Our deceased brother was born at Tibberton, on August 24th, 1854. When a young man, nineteen years of age, he became deeply convicted of sin, and ultimately found perfect peace in a cottage upon Forest Farm.

He immediately attached himself to the church at Howle, and became one of its most promising workers. The brethren recognised the worth of the young convert, and soon after his conversion he was recommended by the leaders to the Quarterly Meeting as a candidate for the plan, and ultimately his name appeared upon full plan.

For a period of thirty years he faithfully served the church, and many valuable testimonies have been given of his work as a local preacher. Simply, faithfully, and out of a full heart, he told the story of the Cross, and of the power of Christ to save.

He earned the respect of all who were brought into contact with him. His piety was unquestionable. To feel the grip of his hand, and to hear his hearty “God bless you, brother,” after a service, were experiences never to be forgotten.

He was the embodiment of sincerity and manliness. His geniality was such as to instinctively draw the children to his side, and he had no greater admirers than in the members of the Sunday School.

The end came with painful suddenness. After a very brief illness, he died on September 16th, 1905. He was interred in the chapel yard at Edgmond, by Rev. J. Ramsey, the circuit minister, assisted by Rev. J.W. Shenton. His remains were followed to the grave by all the local preachers and officials of the circuit, his employer and fellow workmen, in addition to other friends.

He has left a widow and three children behind him. The loss to the church has been great, but as a result of his influence in the village, since his death many conversions have taken place at Howle, and others are endeavouring to carry, on his work, and follow in his steps. With perfect truth it may be said of him, “He being dead yet speaketh.”

Edward was an agricultural labourer.

He married Elizabeth Poole (b abt1856) in late 1875 in the Wellington Registration District, Shropshire. Census returns identify three children.