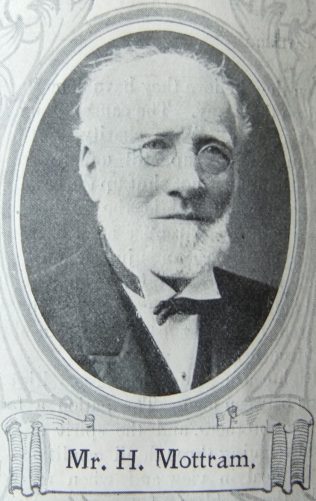 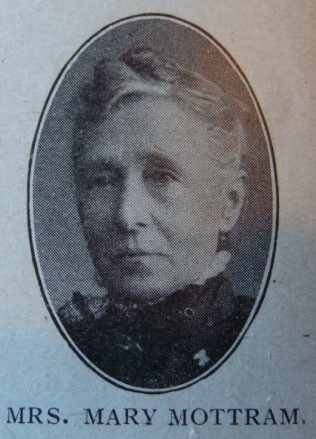 Mr. Henry Mottram, senior Circuit Steward, of Leek Circuit, is a native of the village of Waterhouses, Staffordshire, and belongs to a family who have done much to establish Primitive Methodism in that part of the country. His brother William did much in his early days for our Church, and another brother is at the present time a respected local preacher on Cheadle Circuit.

Mr. Mottram has been a member of our Connexion nearly half a century, and has held the office of Steward for about twenty-five years. To our church at Leek he has been most loyal. When the Society has been low, and some have lost heart and have left to join more flourishing societies, he has remained true, and by his regular attendance and liberal gifts, has helped to save the cause. Just now our church is sharing great prosperity, and this gives to our brother exceptional joy. Our prayer is, that he may long be spared to us.

His second wife’s obituary claims that Henry was a first cousin of George Eliot, the novelist.

Census returns give the following occupations for Henry.