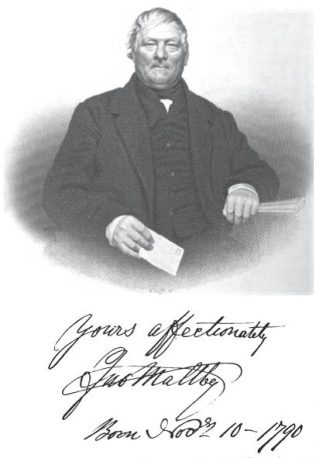 His father was a farmer, a strictly honest man who made no profession of religion. His mother was a christiasn and a great reader. She was particularly attached to Bunyan’s Pilgrim’s Progress. Mary had hearing difficulties and rarely attended public worship.

As a child and youth, John was taught to work on the farm. A wealthy uncle educated John at his own expense. At the age of 16, John was sent to boarding school at Barton on Humber for two years.

Circa 1806, the family moved to Ulceby. It was there that John learned music and was part of the church choir. He was also fond of dancing, which was much practiced in the villages of North Lincolnshire.

John became a prominent Primitive Methodist in the Louth Circuit. His obituary records that he was a man of prayer, loved the bible, had a high reverence for the house of God, observed the Sabbath. He was a man of great humility and very charitable in his giving.

For 25 years, John provided preachers in the Louth circuit with a horse to convey them to remote villages.

As a local preacher he was neither eloquent in speech, nor fluent in utterance, yet he was always acceptable, and in some places even popular.

John is the subject of a book written by Robinson Cheeseman, published by R Davies in 1864 “The earnest Christian; or a biographical sketch of John Maltby Esq”.

John married Maria Wells (b abt 1791) on 18 August 1811 at Habrough, Lincolnshire. They had a son and four daughters.

John died on 22 January 1864 and was buried at Keddington churchyard.