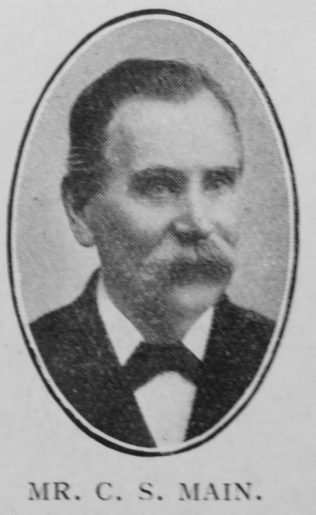 In the death of Charles S. Main, at the age of sixty-nine, the Ashington Church and Circuit have sustained a severe loss. Born at Lowick, during his early life he lived at various places in Durham and Northumberland until forty years ago he removed to Ashington. For thirty-nine years he was an official under the Ashington Coal Company, acting as overman for eighteen years.

Bro. Main was converted at Netherton in 1862, and shortly after became a Local Preacher. He took part in the formation of the Ashington Society, and was a leading member until he died. A devoted and successful preacher for the last fifteen years, he had fulfilled the post of Circuit Steward.

He was interested in the wider life of the Kingdom, but his chief concern was his own Church, and to it he gave  unstinted time and thought. Letters received speak of him as upright and straightforward, a man to rely on, marked by splendid loyalty, radiant faith, strenuous service.

Charles was born abt1842 at Lowick, Northumberland, to parents Charles Storey Main, a coal miner (1851) and Joan Bruce.

He married Eleanor Gregory (1846-1913) in the summer of 1864 in the Tynemouth Registration District, Northumberland. Census returns identify nine children.