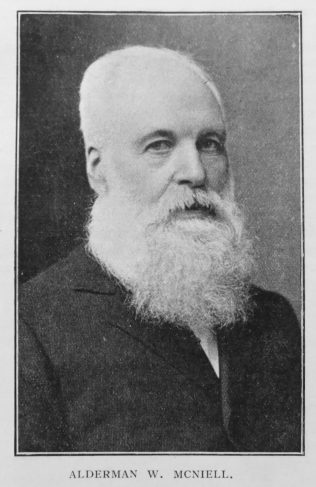 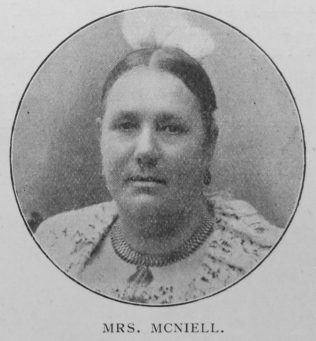 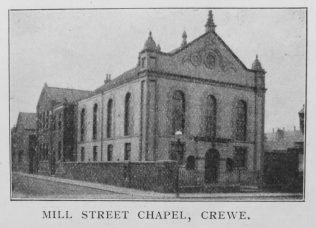 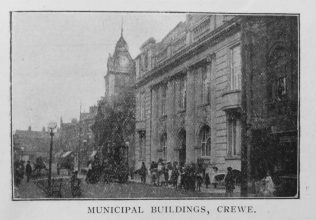 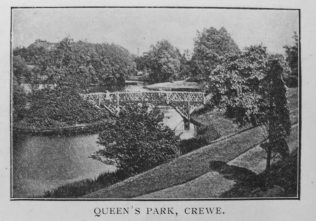 In the history of every cause that has come through dark days and by rugged paths it is seen that the stalwart has been the salvation in crucial hours. Such causes have lived it out because he has stuck. They have weathered through because he has been in the ship to exercise the infection of heart and hope. A host of men there are who strike a blow and then quit the battle, and the striker of but one blow has certainly helped the victory. But the stalwart is “out for the campaign” – and when the campaign ends in victory his patient continuance in well doing is seen to be the connecting rod between the resolution at the beginning and the triumph at the close. It has been so in all time—in every conflict ever waged for freedom—in every struggle for higher things in national life and policy. It has been so in the long strange story of the Church.

Yes, of the Church—and of our Church. The men who have stood and kept standing by the cause—and, thank God, they have been many—there are the men whose lives have kept us living. Go where one will, the story is the same. The history of the little chapel which, in spite of influences too well understood to need description, has year after year kept open its humble but hospitable portal in yonder village is the life story of such a man who will be reverently pointed out to you, as he sits crowned with silvery hairs hard by the sacred desk. The story of the City Church is the story of the man — or men — who held the fort while many languished or turned away. It takes all sorts to make a world, but it takes the stalwarts to hold it together.

It is such a man as this whom you will meet when you come into acquaintance with William McNeill, of Crewe. If you would know where to find him go on a Sabbath morning to Mill Street Chapel and there, if in the town and his health permit, you will meet him sure as sure can be. If you cannot go in the morning, then go to the Sunday School in the afternoon or to the service again in the evening. He attends them all, and has done so for well nigh fifty years. Of course, there have been others who have done nobly—Mill Street has had stalwarts not a few—still has them—but you cannot write the history of that church without coming at every verse end to William McNeill.

William McNeill is a Scot. His speech as well as his name bewrayeth him—not the pronunciation, not even the accent, but just a hint of something in the tone. Dumfries was his native county, and his parents were honest folk, which is the best that can be said of the best of ancestye, Alas! they were taken from him while he was yet a boy, and “the old house at home” has been pulled down for over fifty years. Still, the orphan enjoyed the advantage of great associations in those young days of his. He can boast that he knew Thomas Carlyle, knew his mother too, very well, lived in the family of the sage’s brother. They were brainy people and—well, there was an atmosphere — and young McNeill breathed it. It is something to have such memories. They stiffen a man.

The Scots are wonderful people for loving their native land and leaving it. Our friend loved Scotland, loves her still; but he came away, and has never gone back. That was in 1853, and he has settled down by now. He brought with him Scot’s sense, Scot’s grit, Scot’s Liberalism, Scottish religion and a good constitution built up out of Scotch oatmeal, fresh air and clean living. He found a place in Crewe, then little more than a village. It is a town now with institutions and a character and William McNeill has—but that is a long story. Suffice it to say that he has been its Mayor five times, a member of its Council ever since it had a Council, and that the freedom of the borough has been conferred upon him. All these positions came to him by right of worth, and were retained by service. He was made a magistrate first for the borough, then for the county. He has been long a member of the Cheshire County Council. There is not much done in Crewe of a public or communal kind without William McNeill having a finger in the pie.

But after all the Church has had the best of him. Not the Primitive Methodist Church all the time, but for far over forty-six years of it. He began his Crewe life as a Presbyterian. Probably he had never even heard of Primitive Methodism until he came to live in the shadow of Mow Cop, but by great good fortune he married a “Prim.,” and after an interval, in which husband and wife by mutual agreement went separate ways, came at length to the Church which has been his very life. How he has worked! How he has stuck!! How he has given!!! Trustee, Local Preacher, Society Steward, Circuit Steward, Sunday School Teacher and Superintendent—everything he has been and everything with all his heart. Many a year ago did the dear partner who led him into this pleasant association pass to an early reward. By this time, however, William McNeill was a Methodist himself as “to the manner born,” and with saddened soul but unshaken purpose he remained in the place to which he had been fortunately led. In time he married again and again a “Prim.,” and Mrs. McNeill has worked with him in many a good cause not only in the Church, but out of it as the years have rolled by. Sorrows have come—many of them—very heavy sorrows too, and there have been days when the skies have been overcast by many a black and threatening cloud. Times of slackness and coldness have come to Mill Street Church as they come to all churches when the sound of the grinding has been low and the work of the Lord has been uphill all the way; but through it all he has been  there—still there. He is there to-day, and age does not wither the bloom of his devotion.

It is good to know that Mill Street has loved him for it all, and that the Tunstall District has known his work. How many times he has been to Conference we cannot tell. He was Vice-President of that assembly years ago, and James Jackson was his chief. It was pleasant to see them side by side upon the platform—white haired and stately, both of them able to govern, firm and courteous, at the head of the Primitive Methodist Parliament which was never better guided than in that memorable year.

Then this stalwart in his Church has been—and is—none the less a stalwart for his political principles which are those of that old Manchester school of Liberalism in which he was trained in stirring times by the great teachers of a former generation. For a long time he has been the President of the Liberal Association of the Crewe Division. He has been in the front in every Parliamentary election the division has seen. The fact is, he loves a contest, and that not merely for the victory at the end—and victory has almost invariably been on his side—but also because of the education which at such a time the public receives on principles which, in his opinion, only need to be known to be approved. He has looked upon some lively scenes in his political life; for the Crewe Division goes into a political battle with its coat off, but his white Scot’s head keeps cool among it all. The recollection of one meeting is with us as we write. The enemy was there in force, and “Alderman Mac” was in the chair. He was positively NOT to be allowed to speak at any price, but he did and that to purpose, too, though he had to hold on to do it. This reminds us that he can make a speech that is worth hearing. Of course he has brains; he has been a Local Preacher; still takes a service on occasion; and preaching has trained many a halting tongue into nimbleness. He has read, too, and still reads, and his books have been the masterpieces. Hence he has borne himself well in the fights into which he has entered. They will tell you in Crewe of hard struggles for freedom of political speech and action. One great company in Crewe is immeasurably more powerful than every other interest, and employs at least ten thousand hands. Once upon a time, it is said, this company aspired to guide its men on politics. Ah! there was a fight over that! William McNeill and other valiant men were in it, and liberty was won.

And now in the eventide of his long, long life our friend still sits in the sun and betimes talks over the bygone years. On such occasions it is fine to hear him, for he can “talk like a book”—better than many a book. For almost four-score years has he been looking around him and seeing things. He has listened and heard things, and he has saved them up. To hear his memories is to hear of great days, great men, great events, great mercies. Wonderful the growth he has witnessed in the opportunities of education and “getting on” for the common people! Men are voters to-day, and take a share in the government of their native land, whose class in William McNeiil’s youth had no recognised existence.

Wonderful, too, the advancement he has seen in the Church of his choice. In Crewe alone two churches have in his time become eight, which is but an illustration of the growth of Primitive Methodism over all the land. Standing true and sure he has had a share in it all. Ah! they were great, grand times! But it is better on before. That, too, is part of the creed of William McNeill. It is not always the creed of an old man, but this old man has a young heart, and his faith is in God, in the Cross, in humanity. “I hope you will succeed in rousing some of the good young men of our own Church of to-day, so that they may do something worthy of our history” So he wrote us this very week. “Something worthy of our history” may be done, and there are still “good young men who can do it.” The veteran believes in the coming men, and wishes them victories in their turn. May he live long to counsel us in the battle even to strike a blow for the causes still so dear. One thing is sure; his heart is in the fray. He will be a stalwart to the end.

William McNeill was born abt1832 in Dumfries, Scotland.