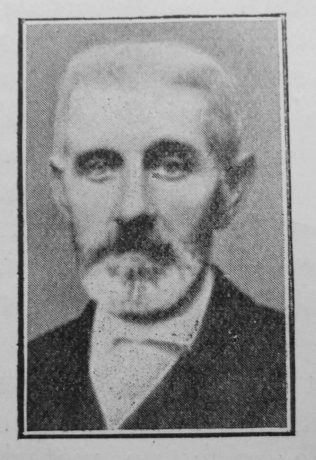 Transcription of Obituary in the Primitive Methodist Magazine by Frank Holmes

On February 14th, 1907, Mr. Thomas B. Meadley passed away quite suddenly. The event was not unexpected, and the last few months were full of anxiety owing to the certainty of ultimate heart failure.

Mr. Meadley was one of the links connecting the present Wednesday Market Church with the old building which was erected as early as 1825. Nearly fifty years ago he became a member and was made a-local preacher in 1861. His zeal and success were of the highest, and were never abated until ill-health made a restriction of labour imperative.

Our brother won a warm place in all hearts by his simple integrity and absolute fidelity. Both in the churches and in the own of Beverley he was held in the highest esteem. He has filled most of the official positions in the church with great acceptance. He was steward of the Beverley Circuit at the time of his decease, and had held the office ever since Beverley was created a separate station about ten years ago. He was a Feeman of Beverley, a Pasture Master in connection with its famous “Westwood,” and for manv vears was an overseer, and also a Guardian of the poor. A special feature was the interest Mr. Meadley took in our ministers. His home is deservedly remembered with great gladness by very many of our travelling preachers. One of the sincerest joys of his life was the fact that one of his: sons has chosen our ministry as his life work – Rev. G.W. Meadley. Twelve days. before his death Mr. Meadley celebrated his sixty-fifth birthday. He has wrought a good work and earned his rest.

A great gathering of people attended the interment to pay their tribute of regard, only a very small portion of whom could be accommodated in the Keldgate Cemetery Chapel. The Revs. F. Rudd, H. Oliver, D. Mayes along with F. Holmes and T.B. Heward (circuit ministers) took part in the services.

Thomas was baptised on 2 March 1842 at St John & St Martin, Beverley, Yorkshire. His parents were Thomas Meadley, a hairdresser, and Ann Foster Barber.

He married Nancy Suddaby (1851-1931) in the spring of 1872 at Beverley, Yorkshire. Census returns and birth records identify nine children.