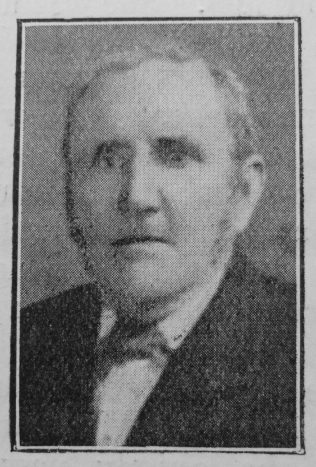 Transcription of Obituary in the Primitive Methodist Magazine by W. Whitham

Mr. James Merrill was born at Rothwell, in Northamptonshire, in October 1833. Whilst he was quite young he was in farm service. At the age of eighteen he removed to Kettering, where he was converted, and at once threw himself into active work, very soon becoming a local preacher. Enduring hardness as a good soldier, he travelled from twenty to thirty miles on a Sunday, preaching three times.

Our brother was endowed with a good voice, and hence he was in request for Camp Meetings. Bro. Merrill came to reside in Oldham in 1868, and joined Boardman Street Society. More than once he took part in the Oldham Edge Camp Meetings. Middleton Road Society, the head of the Oldham Fourth Circuit, stands very much indebted to our brother. He helped to raise us to our present position.

Brother Merrill was a bright Christian – always welcome because of his cheery nature. For fifty-three years he was a local preacher, taking his work to the last; for thirty years he taught the young ladies’ senior class.

He passed peacefully away on Friday, February 15th, 1907. The funeral service was conducted by the Rev. William Whitham and the Rev. C.T. Bishell, of Ashton-under-Lyne. We placed his body in the grave in Chadderton Cemetery, and there were present his widowed wife, his children and grandchildren. His son, Mr. G. Merrill, is a respected official and local preacher in the Stalybridge Circuit. On Sunday evening February 24th, the Rev. W. Whitham conducted a memorial service and gave an address, 2 Tim. iv. 6-8.

James was born on 10 October 1832 at Rothwell, Northamptonshire, to parents Samuel Merrill, who worked the land, and Mary Remmington. He was baptised on 20 January 1833 at Kettering Wesleyan Chapel, Northamptonshire.