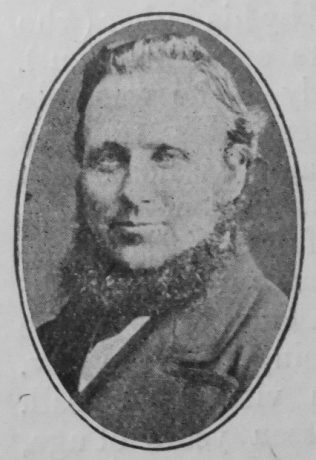 Transcription of obituary published in the Primitive Methodist Magazine by W.J. Nichol

On the 5th of last May we had to mourn the loss of William Moody, aged seventy-seven years.

He was born at the village of Cowick in the Swinefleet Circuit, and when twenty-four years of age he surrendered his love and service to the Lord Jesus in our chapel at Rawcliffe. Two years afterwards he was asked to become a local preacher and consented, and for many years served his church in that capacity both in his native circuit, in Doncaster, and subsequently in Leeds. In the year 1873 he came to this city. He was for some years in membership at Princes Field, Holbeck, then at Joseph Street, Hunslet, and during the last few years of his life at Beeston Hill, Leeds Second.

During all those years he continued a steadfast follower of Him to whom he gave his love in youth. He joined my class when he came to Beeston Hill, and I thus had many opportunities for contact with him and his family. He loved the class meeting, and was always ready to give his testimony to the power of grace to keep amid all the experiences of life.

He was a quiet, unassuming man, never pushing himself to the front but always ready to help the cause he had so much at heart. His quarterly contribution to his class put to shame many who had a much larger income than he.

For several years owing to extreme deafness he was unable to take his accustomed place and work; if he came to the service, it was to hear a jingle of sounds he could not understand. He was thus compelled to sit at home. Many very pleasant moments we have had together in the old house. He never murmured nor complained, but simply trusted.

He was interred on Whit Tuesday, the writer officiating in the church and at the grave in accordance with his dying wish. We shall join him afterward.

He married Sarah Markham on 21 May 1856 at Winterton, Lincolnshire. They had one child.

He married Elizabeth Abbey (1832-1913) in late 1860 in the Thorne Registration District. She was born in Wroot, Lincolnshire. Census returns identify five of twelve children.